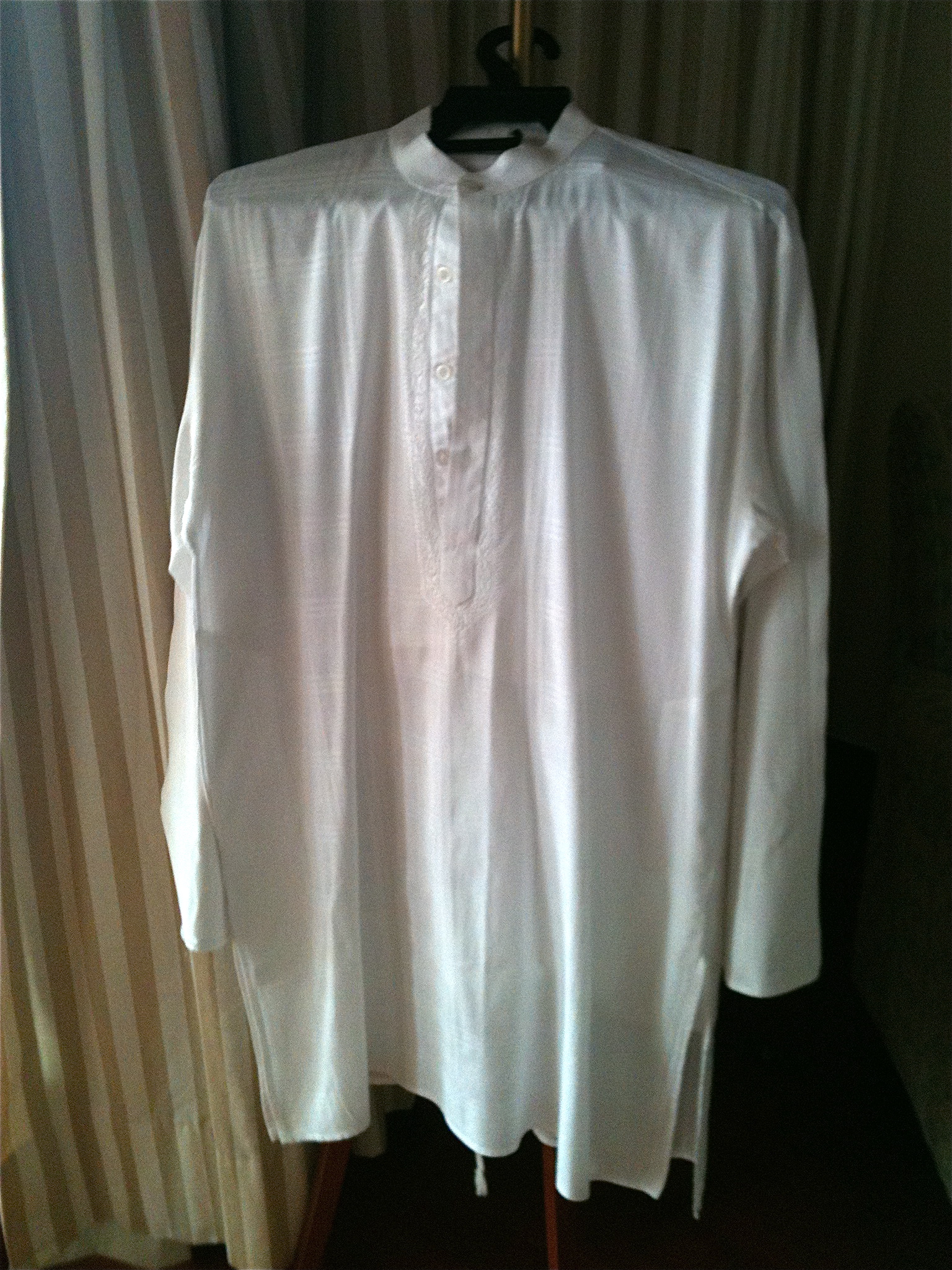 A vacation from daily decision-making can be a welcomed one.

I have jokingly said that we are all inmates here, dressed as we are in our identical white kurta pyjama.

There is much that is brilliant about this outfit which I found, upon arrival, sized appropriately, hanging in my closet.  Every day thereafter, two freshly laundered outfits are given to me each morning.  I have no need to wear anything else, even when visiting Rishikesh town in the valley below.  Not only do I not have to think of what to wear every day but, more importantly, I didn’t have to think about what to pack to come here.  I left New York with a carry-on bag – even though I might be returning with that plus one more.

What I’m wearing is not the only decision I have happily given over to Ananda; they also choose my meals and set  before me delicious menus that are designed for my Dosha, my body type, that was determined on the day I arrived. Classes are printed out for us on a weekly basis – basic yoga at 7:15AM, intermediate at 8:30, full moon exercises at 9, Vedanta at 10:30 and then again at 6.  My private sessions of massage and meditation and my medical consultations are scheduled somewhere in there, too, and I carry around in my kurta pocket the two printed sheets that are my weekly agenda.

I cannot pretend that relinquishing decision-making – which is my choice entirely and not a requirement here – comes without its consequences.  Along with the general detoxification, the opening of the mind with Vedanta, and the quiet and calm that comes with yoga and meditation, the whole experience has moved me feel slightly off my old center. I notice a churning inside that is hard to describe…except I know that I am not alone in feeling this.

There are many pieces that make this place and the experience it offers deeply moving.  But I still think it starts with that white kurta pyjama. 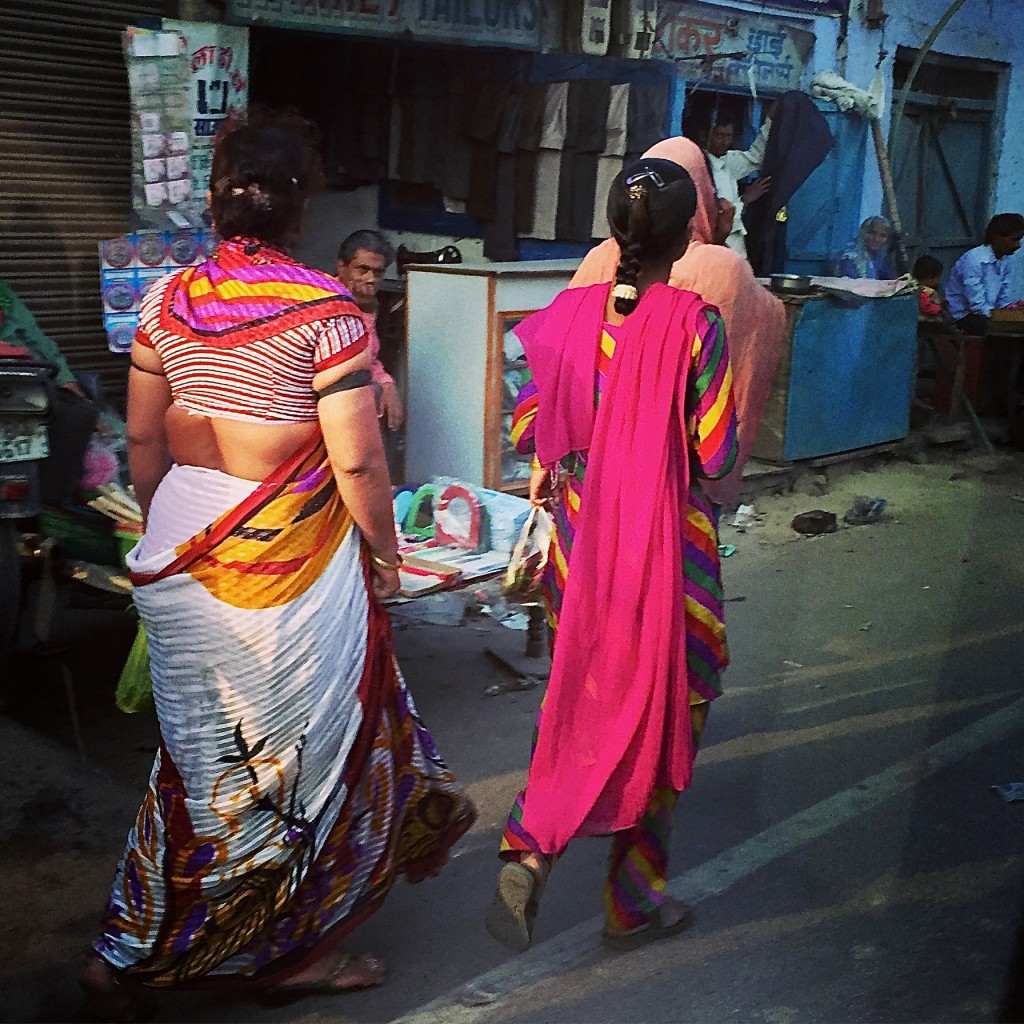 I have just returned from a two week trip to India and Bhutan, a trip that had as its focus the state of Madhya Pradesh, located in the center of the country and known for wonderful cultural sites, pretty countryside, a rich rural life, and tigers.  I was there to find tigers and to visit some of the safari camps, most notably those of &Beyond, the preeminent company in India that has wide ranging interests but is specialized in wildlife, conservation and film making.

Because we were moving quite quickly, I travelled, as always, with a carry-on bag and thus had to make a decision: do I pack binoculars or camera? I chose the former so the photos I ended up with are mediocre and blurry.  Nevertheless, they give a sense of what we saw. 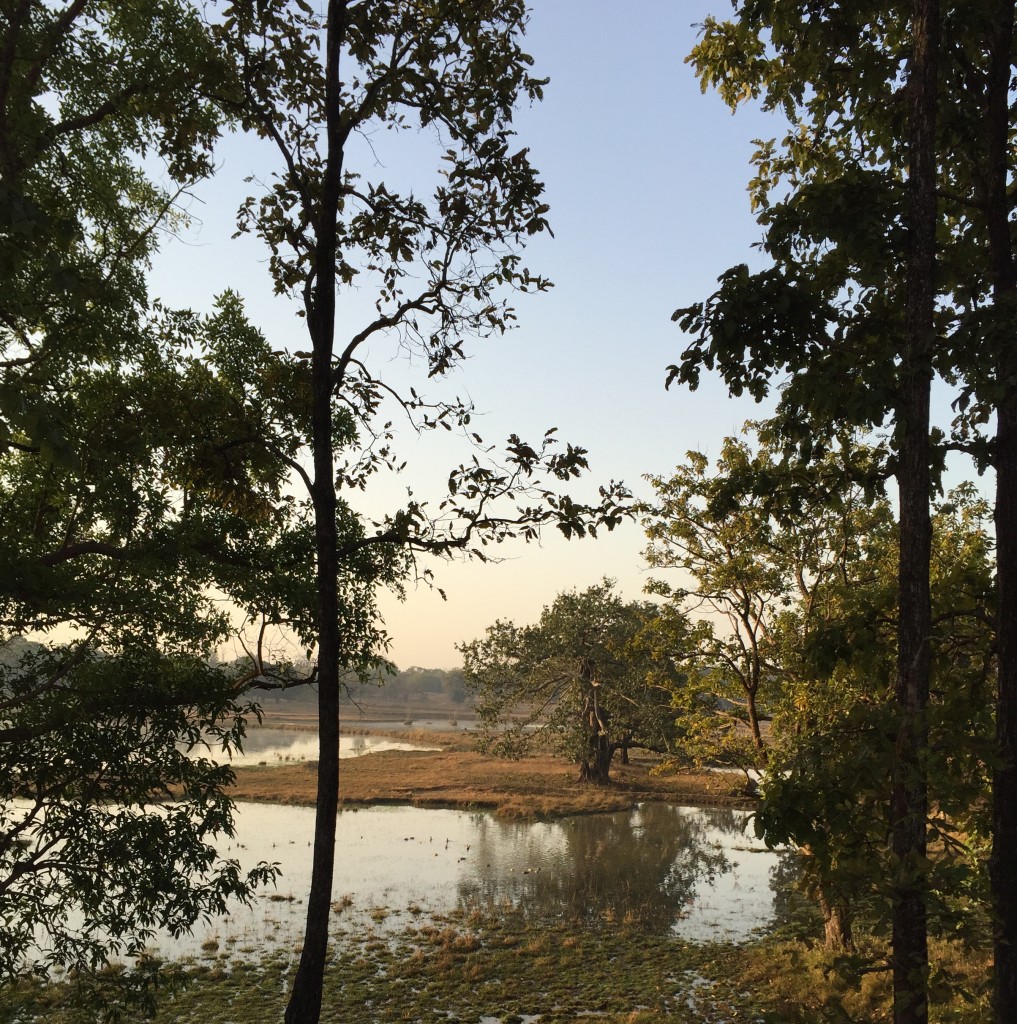 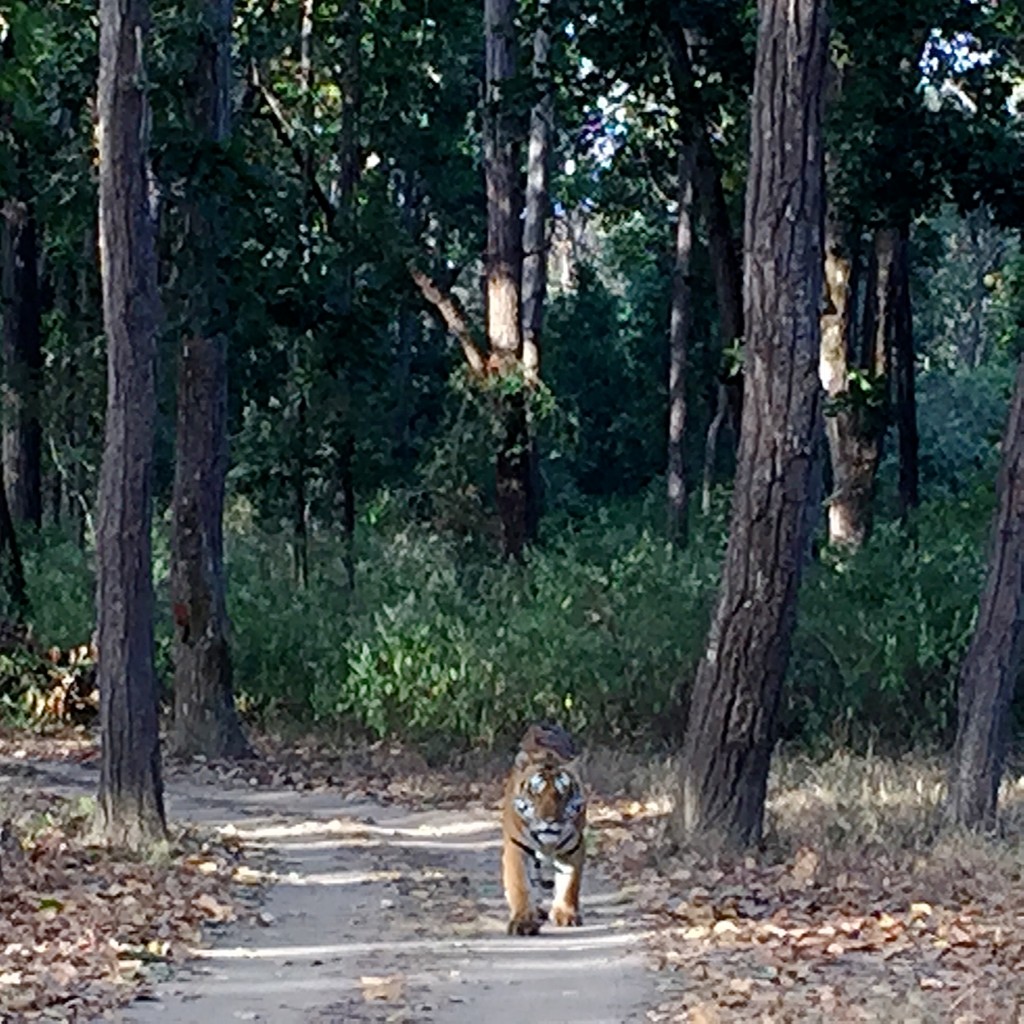 we had the unbelievable good fortune of spending 30 minutes, alone, with Awrai, a large male. We encoutered him basking on the track in the morning sun. After some grooming, he came walking towards us and waited, on three separate occasions, for us to back up so he could proceed along the trail[/caption] [caption id="attachment_4477" align="aligncenter" width="450"] 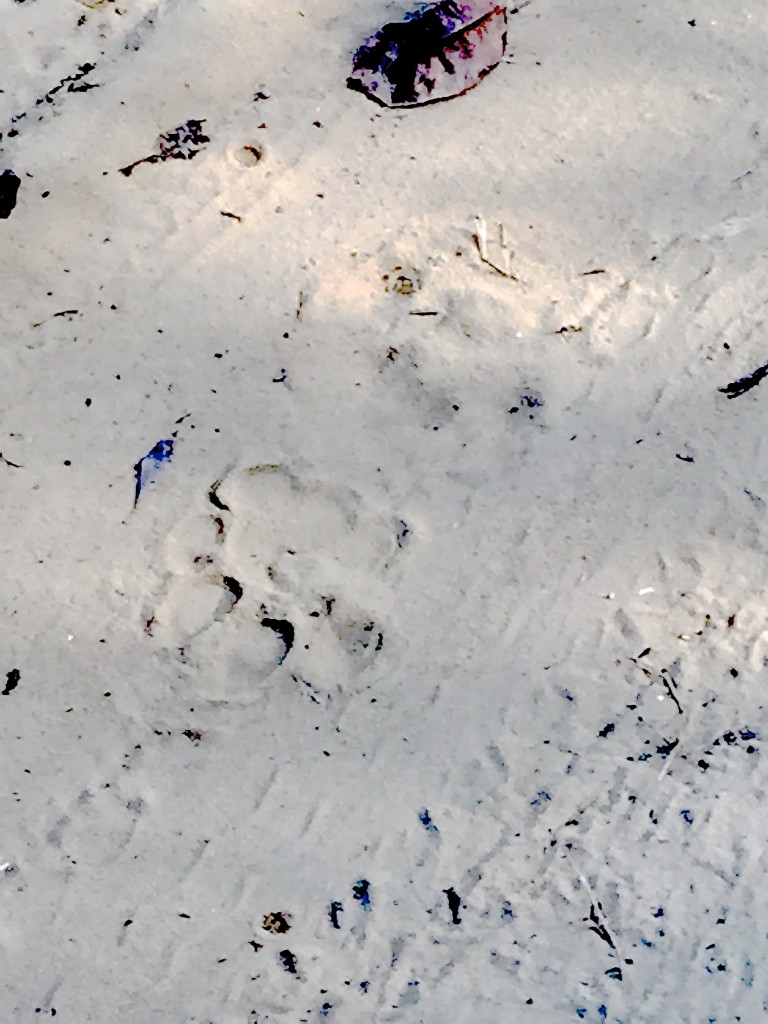 in the dense forest, spotting a pug mark is one of the best ways to track a tiger[/caption] [caption id="attachment_4478" align="aligncenter" width="550"] 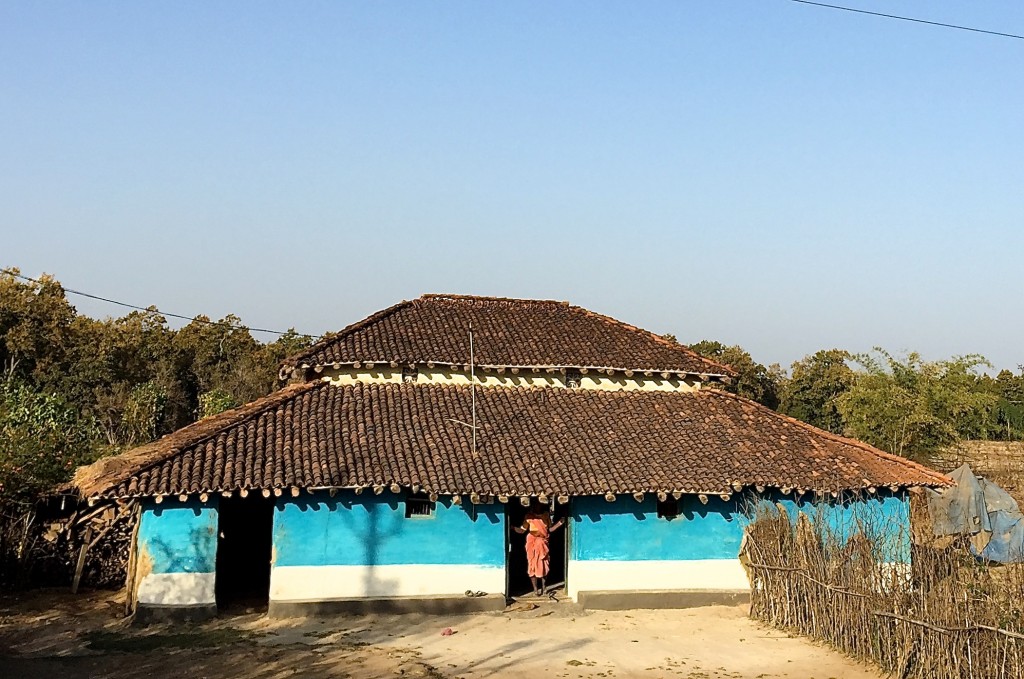 the wonderful blue in which local houses are painted is to replicate the sky and to attract mosquitos, so they say[/caption] [caption id="attachment_4480" align="aligncenter" width="550"] 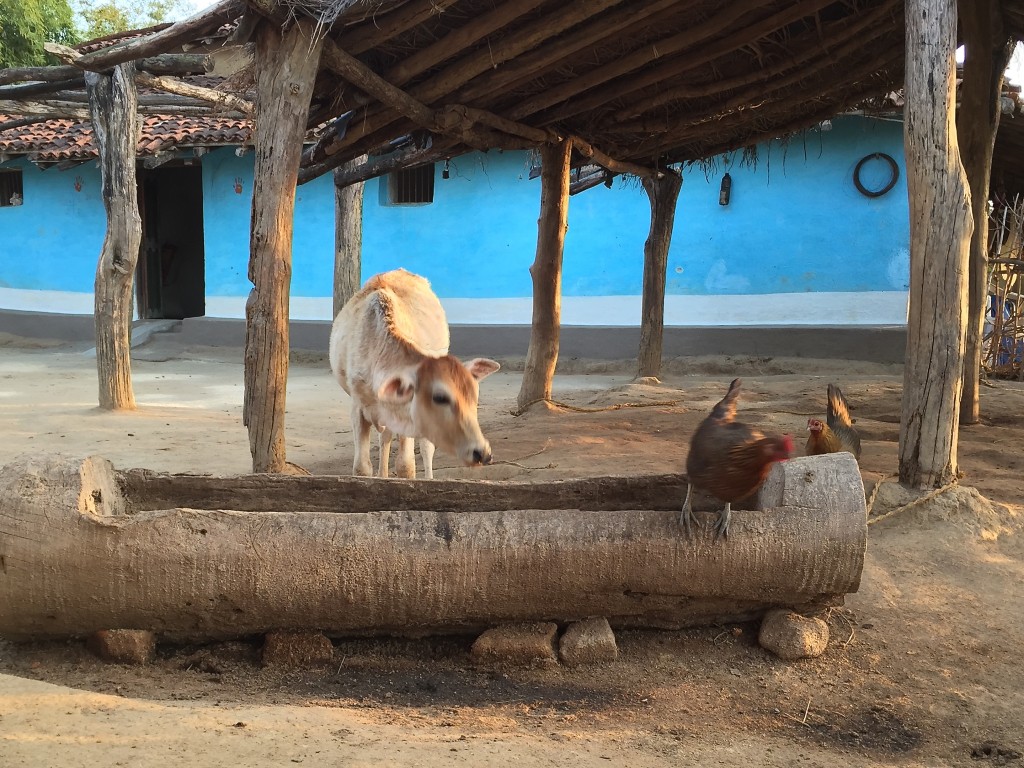 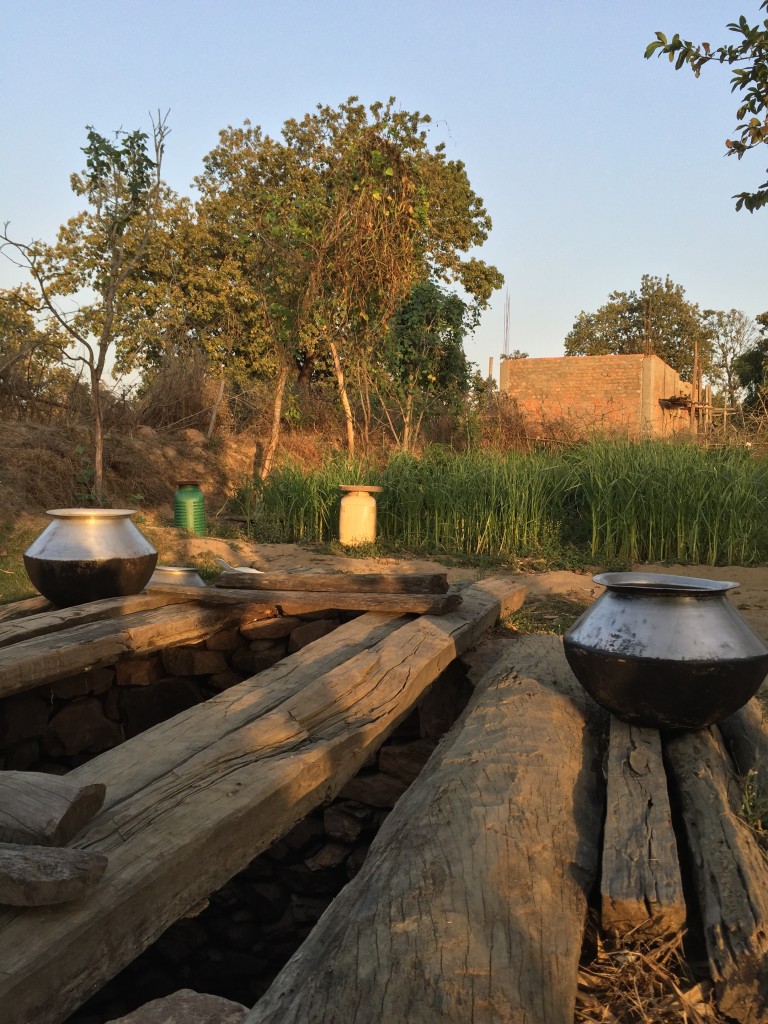 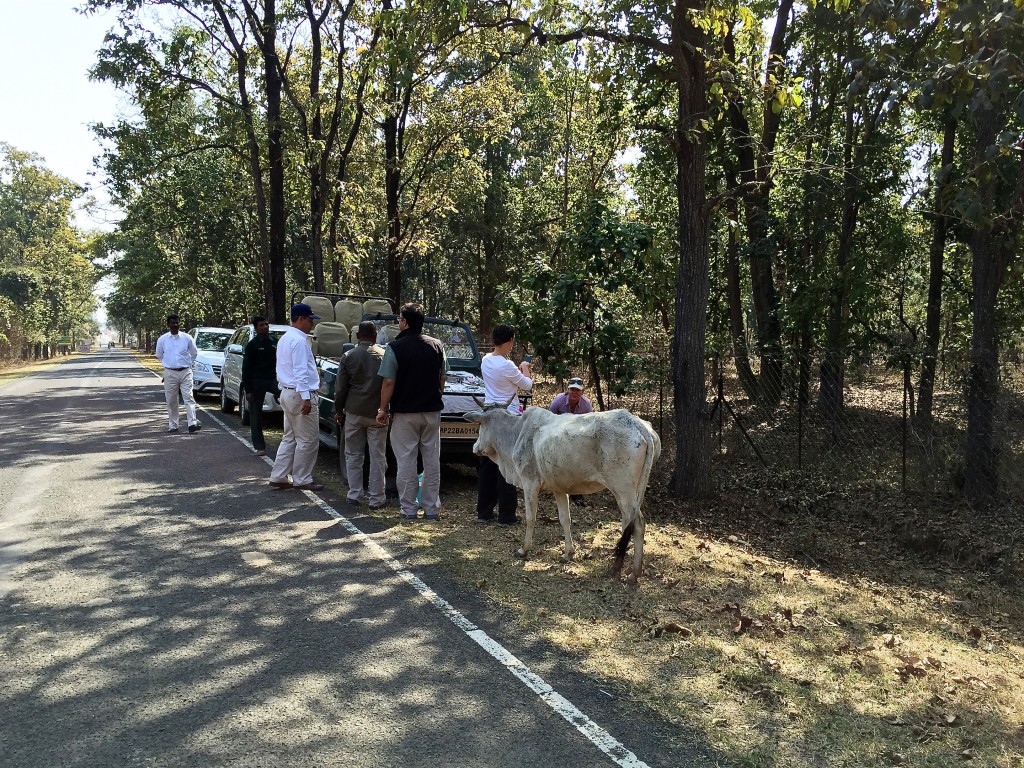 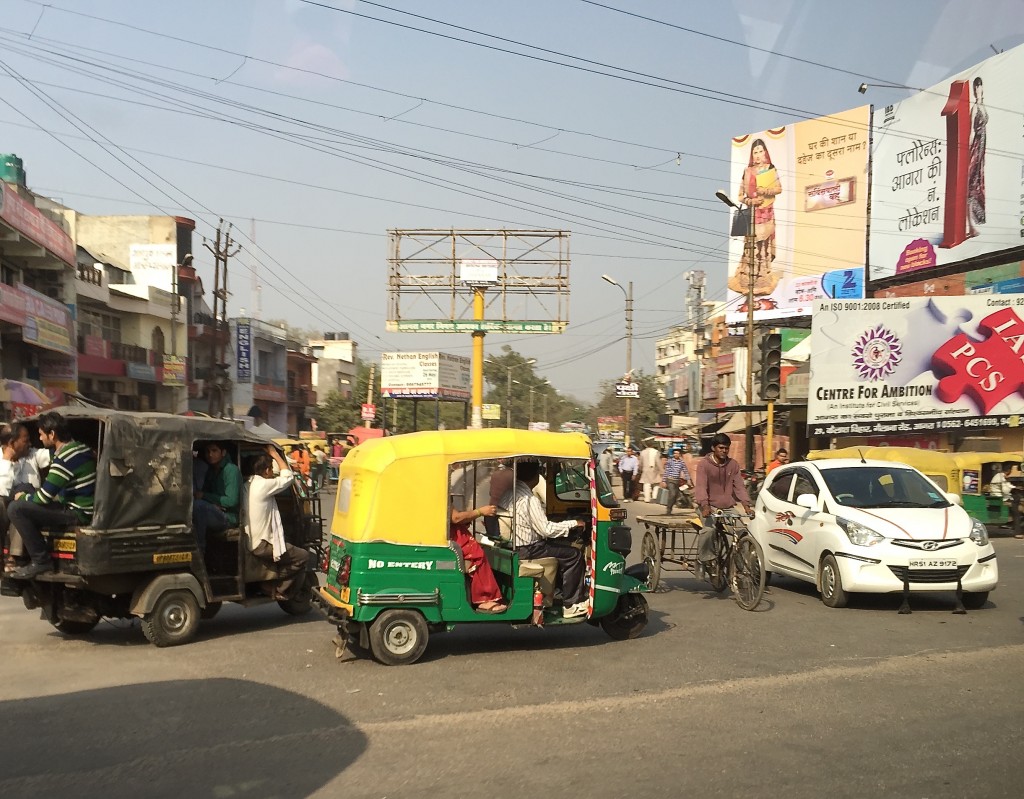 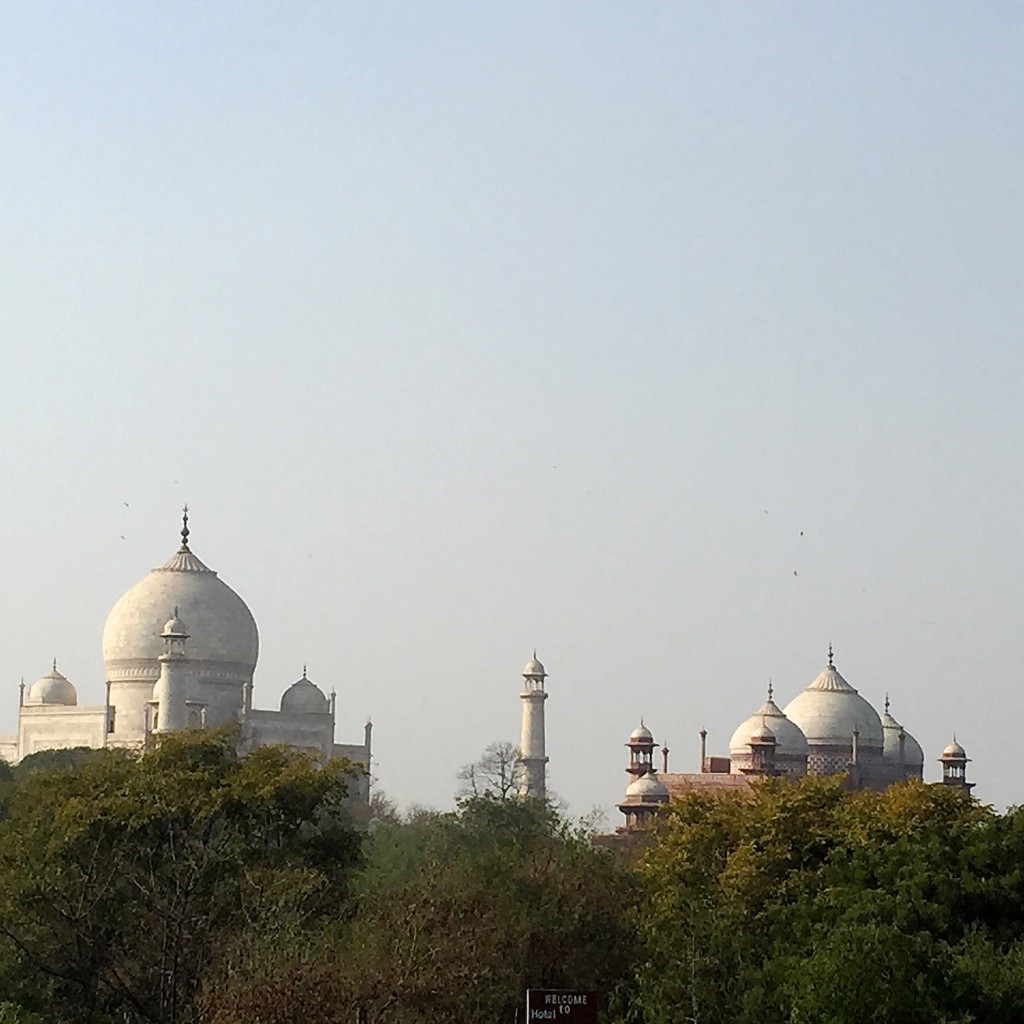 The Taj Mahal, floating above the chaos of the streets, is a perfect example of the omnipresent contrast found throughout India[/caption] [caption id="attachment_4483" align="aligncenter" width="500"] 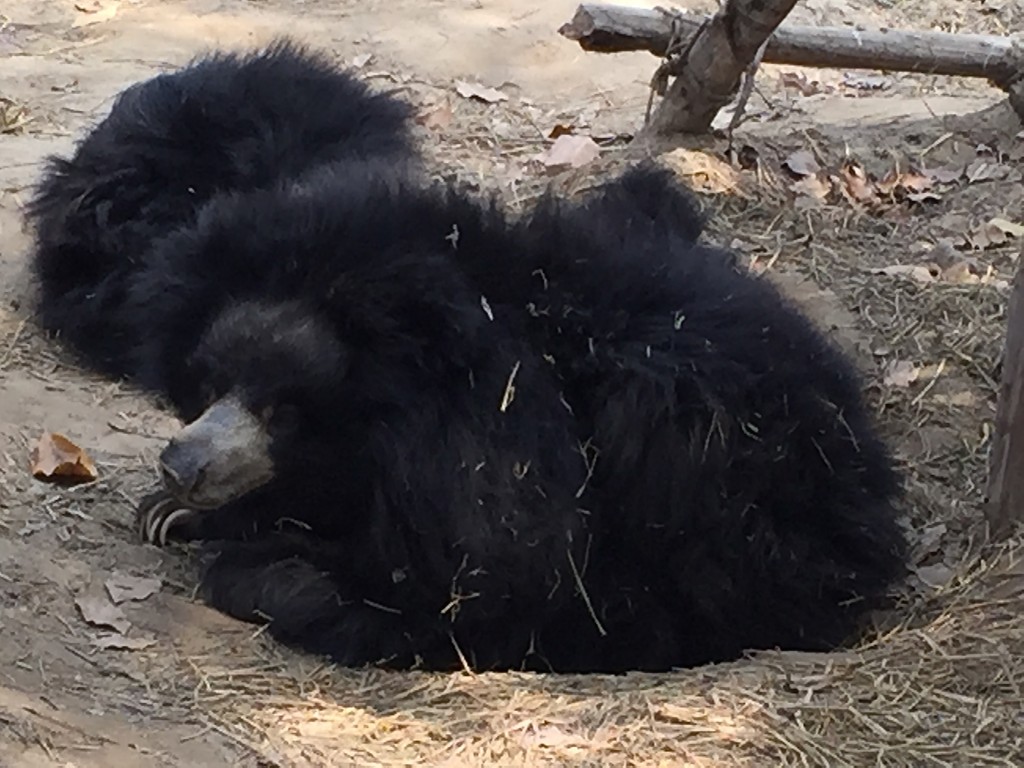 thanks to the courage and commitment of Wildlife S.O.S, all sloth bears that were used and abused as dancing bears along the road have been rescued[/caption] [caption id="attachment_4482" align="aligncenter" width="550"] 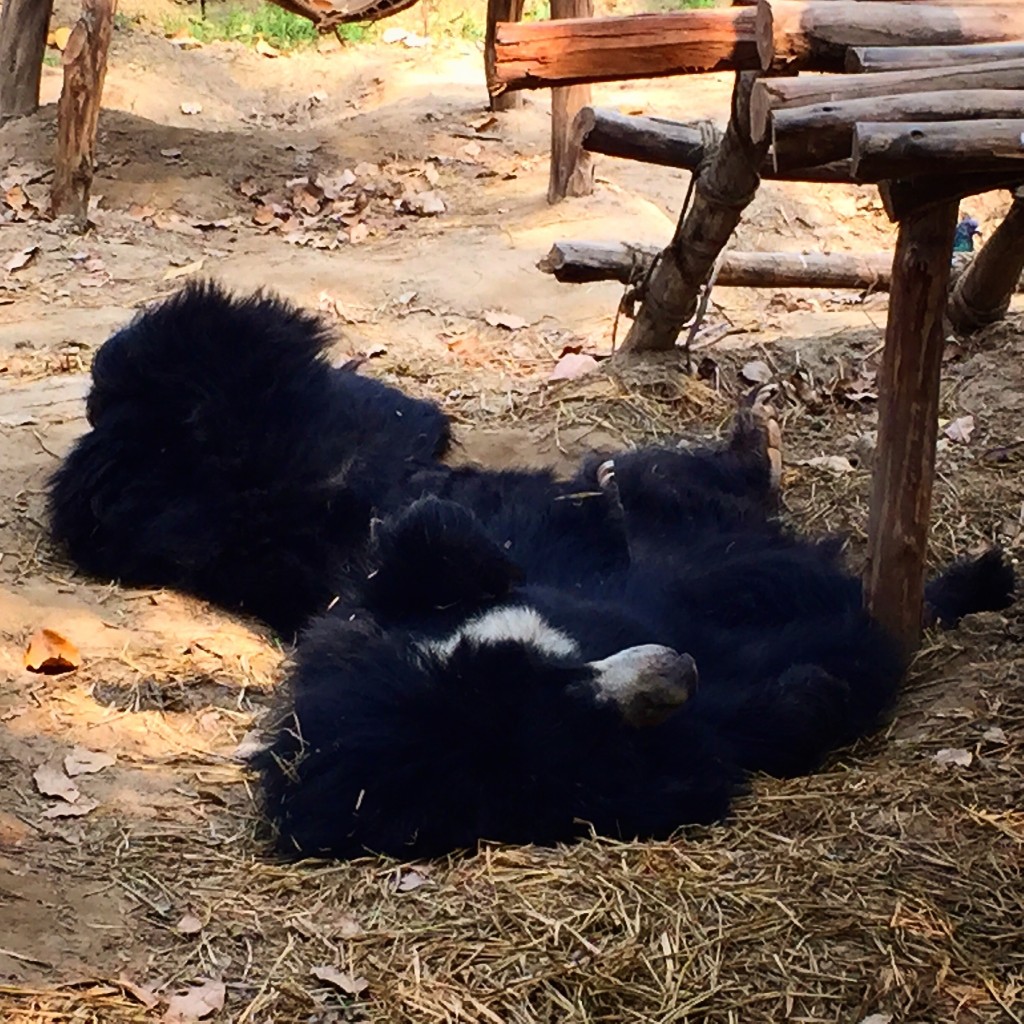 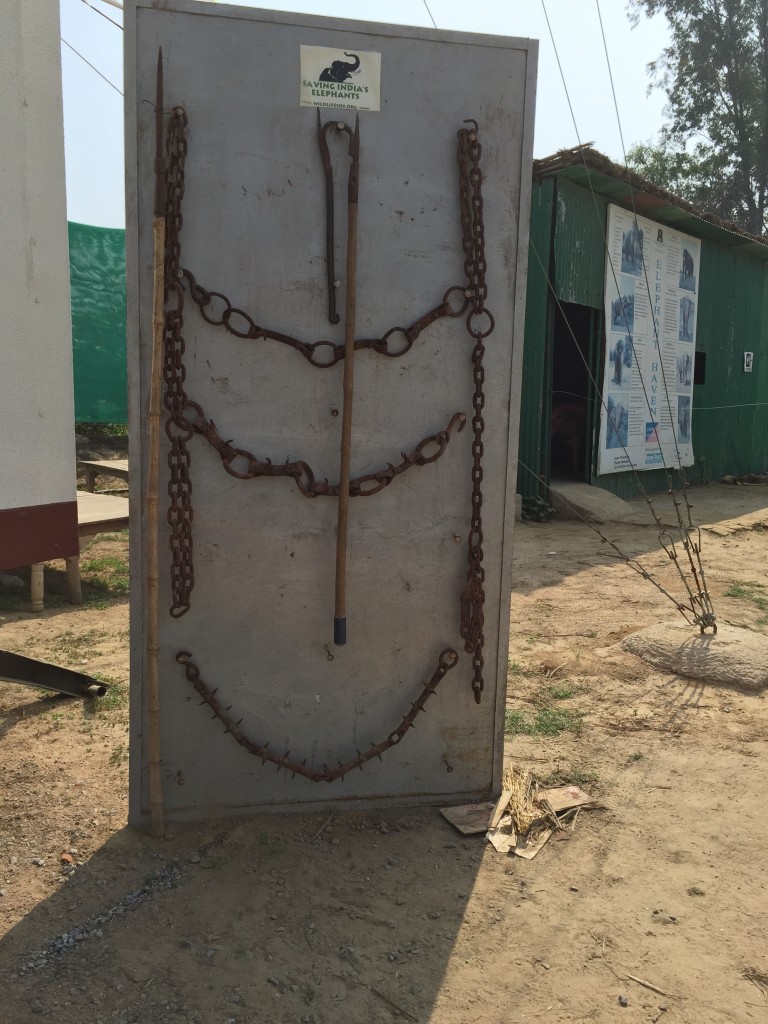 at their elephant rescue center, there are 9 eles and plans to rescue 61 more. The most famous of these is Raju, whose plight was captured on youtube and has gone viral. These chains, studded with spikes, were used to hold Raju and the other elephants here in painful, miserable captivity[/caption] [caption id="attachment_4486" align="aligncenter" width="550"] 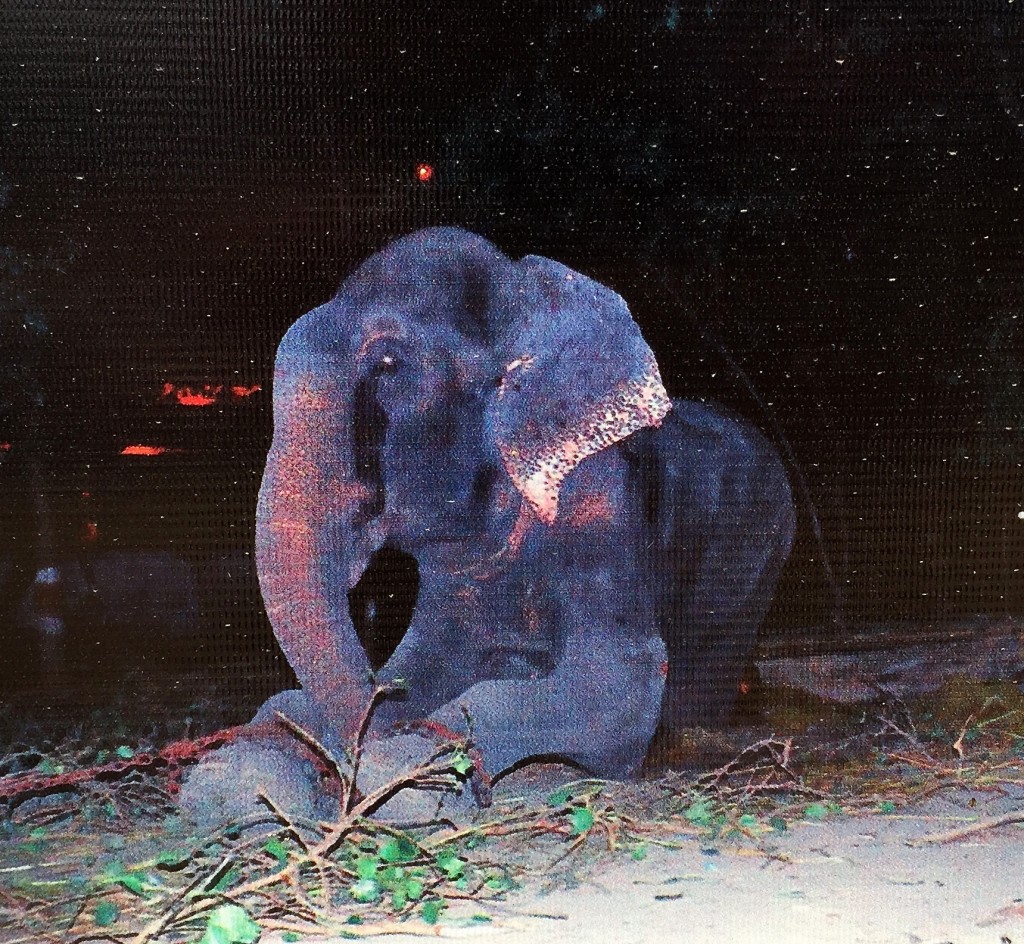 Kartick, the co-founder of Wildlife S.O.S, cut Rajus chains in a night raid on July 4th, 2014. Above is the photo of Raju weeping after his release. He is slowly recovering from the wounds he suffered over the course of his 50-year captivity. His right left leg is vastly swollen still and so painful he walks gingerly on it, but Kartick feels he will recover over the next year and a half[/caption] [caption id="attachment_4485" align="aligncenter" width="550"] 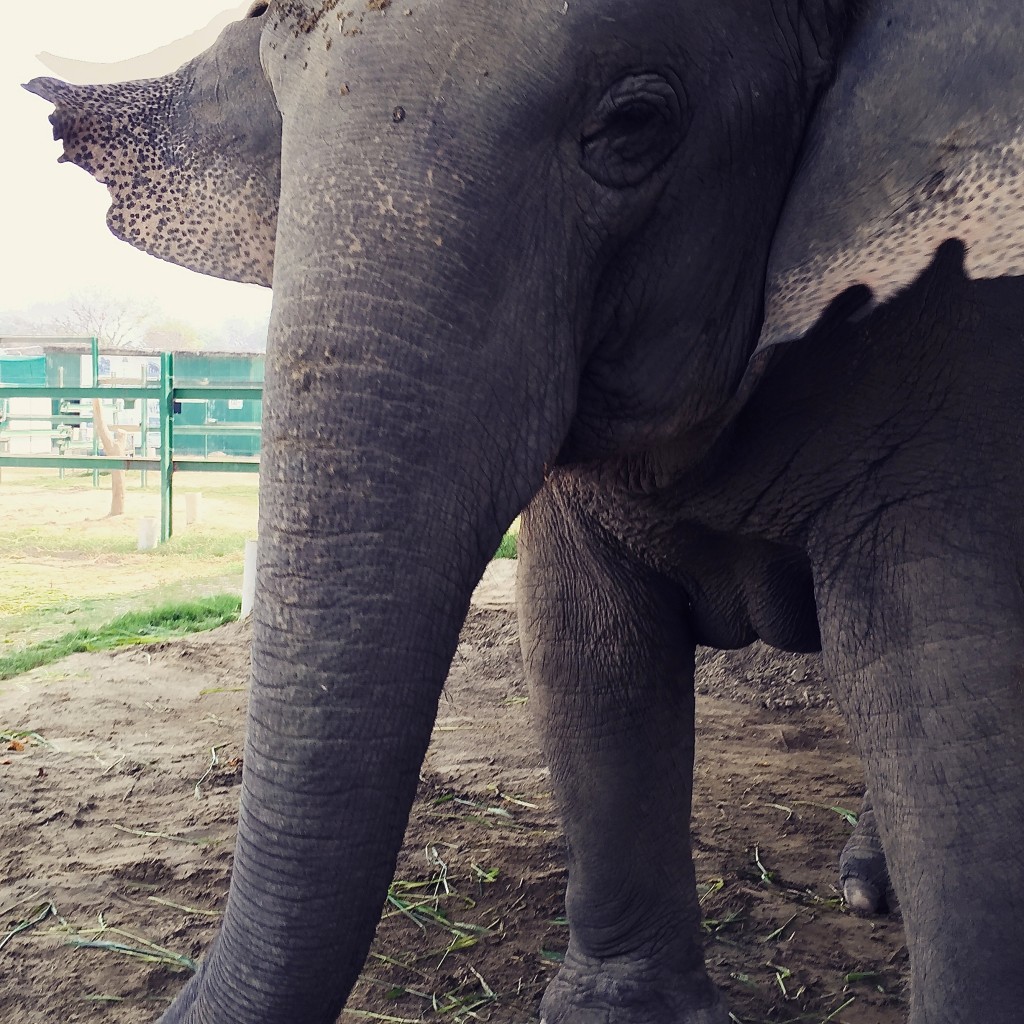 Snaps from an Indian Visit