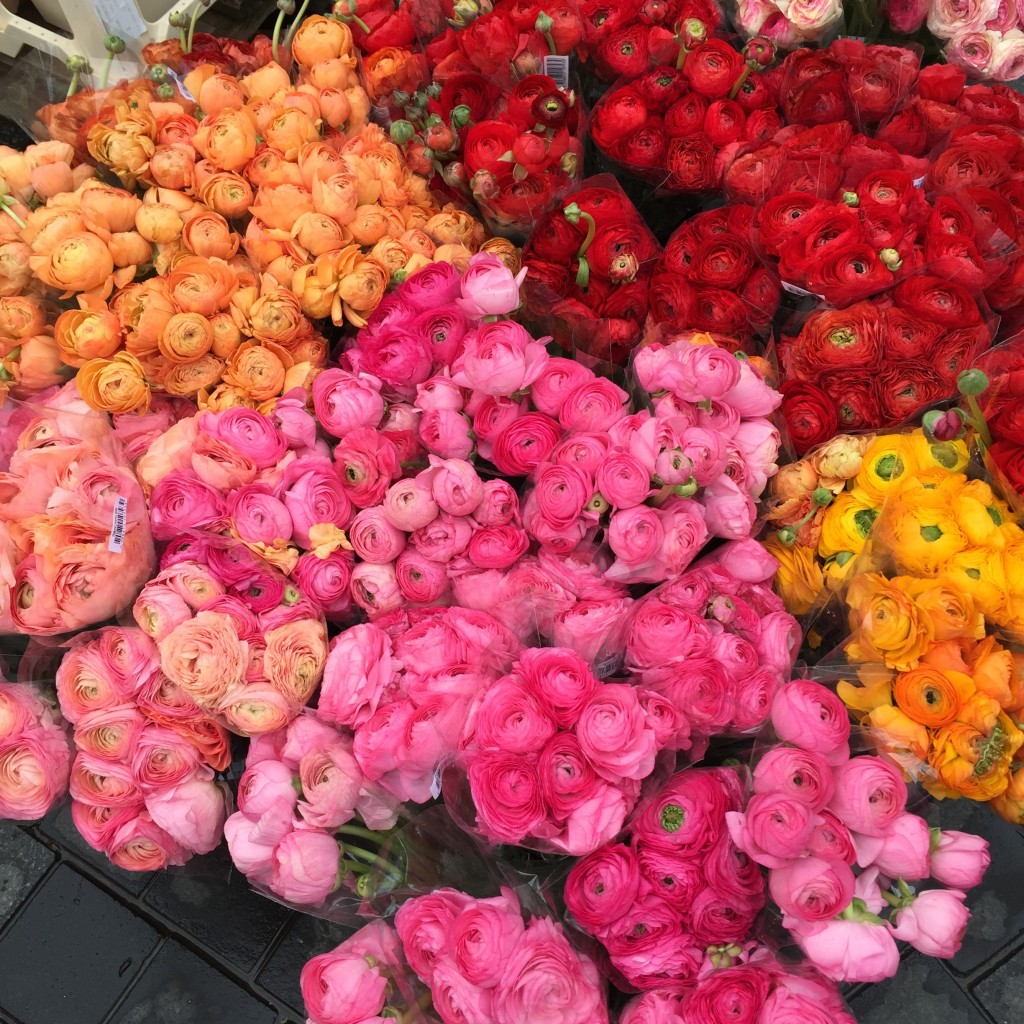 Even though winter is longer than for us in the US Northeast, it seems to wear less on the spirit here

These are taxi driver numbers (and all of our taxi drivers spoke English fluently) — about 5.5 million population in Denmark and between 7 and 800,000 in Copenhagen — and they elicit from me a roll of the eye and an “of course” muttered under my breath as I notice the following:  streets you could spread a picnic on; flowers banking outdoor stands; young and old pedaling against the wind; mothers biking their young in barrow-like contraptions with smiles on their faces; copper politely asking a pair of hungover men to quit their scuffling (actually their tussle looked quite serious); hundreds of bikes left street side, unlocked; museums and shops with attended playrooms; crazy, out there, food, some of it delicious, some a bit strange and all pushing the edge of the sustainable envelope. 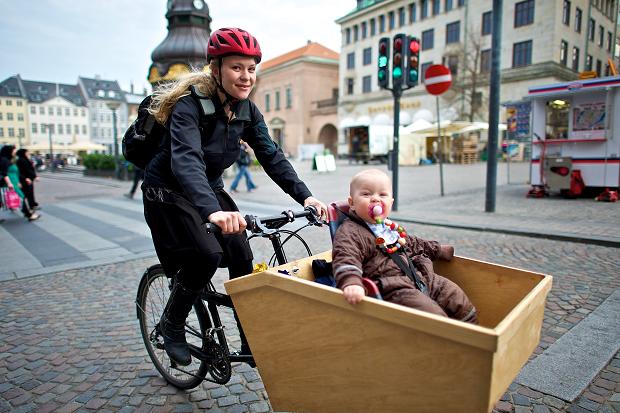 sop for moving around with children 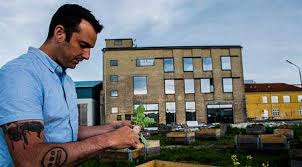 Chef Matt Orlando hails from San Diego, worked at Noma, Fat Duck and Per Se, and now presides over AMASS

AMASS is located in a large warehouse outside of town on the water’s edge.  It is a two-story, industrial, wonderfully spacious environment with tables widely spaced, an outside terrace with bonfire and a small lounge area.  All of the tables have a view of the open kitchen which is smoke free (electric stoves), white and stainless steel, pristine.  There are three tasting menus that focus on seasonal produce, locally produced herbs, and fish.  As this was our first dip into the culinary waters of Copenhagen, I associate Amass with the whole sprouted, recycled and repurposed conversation about food – but we heard this again at Relae the following night, so I assume that this is an important topic for chefs.  RELAE, Chef Christian Puglisi’s successful restaurant (both he and Orlando worked for Redzepi at NOMA), also focusses on organic and mostly vegetarian produce.  Again, with a choice of tasting menus, many of the course descriptions included information on the repurposing of the produce.  I preferred my meal at Amass to Relae for I found the latter heavy on butter and cream, but both had some really interesting dishes (Relae’s frozen yoghurt desert with egg yolk was a real conversation piece).  In the end, like the food or not, the vibe and energy in the restaurants, the passion with which they produce and present their fare, the stripped down surroundings (hang your own coat; chef also serves the food) is new and fun – at least for me.

It’s a very appealing place, Copenhagen.  I envy the design, the quality of life (even if taxes range between 40-60%), the high degree of emotional IQ, the attention to the children, to health, to the environment.  A couple of years ago a magazine appeared in Brooklyn, NY, called KINFOLK (see blog posting on it) which enchanted me – mostly for its visuals but also for the message which celebrated slow living, sharing of life’s pleasures, simplicity, quality, soul.  In my hotel room at Hotel d’Angleterre I came across a twin of Kinfolk called OAK 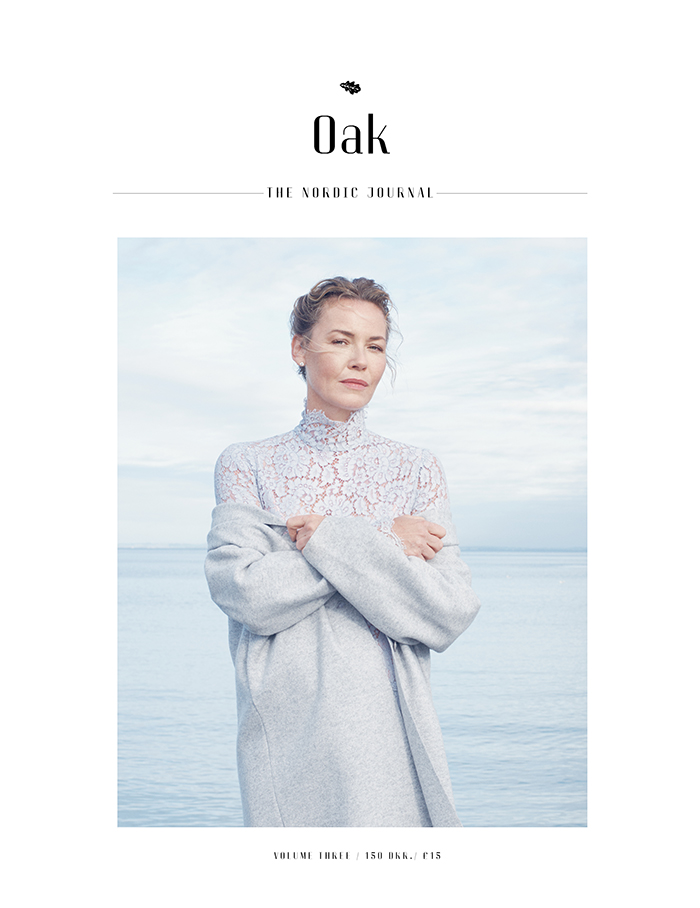 When I googled the magazine – after devouring the heavy paper and lovely images – I saw it photographed with Kinfolk but I still don’t know if they are from the same folks.  I imagine so as they are too similar in design.  But seeing this and imagining that they are cut from the same cloth makes me a little happier going back to NY tomorrow… maybe we are not so behind the times as I have felt this weekend.

And now, having just returned from my final dinner at Puglisi’s Baest, a fun, relaxed (they are all relaxed..no need to dress at all) restaurant of charcuterie (most made on site) and pizzas, I really am amazed at the breadth and depth of culinary and design acumen..remember, as my taxi driver said, we are a city of 700,000 people here.  Amazing. And if I were 20, I might just come and live here for a stint. 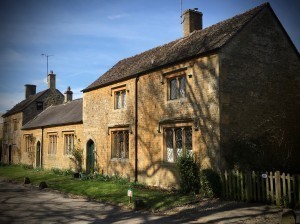 Each Cotswold village, it seems, is more picturesque than the last, and the rolling countryside that links them, lined with thick hedgerows and limestone walls and, in spring, carpeted with daffodils and cowslip, is postcard perfect. Located 1.5 hours from London or just a 40-minute drive from Birmingham, the Cotswolds can provide a richly rewarding experience over a long weekend.

Wander. Wander by car or on foot or, if you are a lover of horses, you can even ride by day and overnight in different country houses. The celebrated villages – Broadway, Burford, Chipping Camden among them – will be frustratingly busy in summer and virtually impossible to park in. But there are so many other villages that all you need do is to stick to the back roads and mosey along; among my favorites are Adelstrop, Swinbrook (home of the Mitford sisters) and Snowshill, impossibly pretty and surrounded by lavender fields. Visit Northleach which has one of the finest wool churches and a museum of musical instruments and clocks; Cirencester, at one time the largest Roman town outside of London, with another important church that houses Anne Boleyn’s chalice and one of the country’s oldest weekly markets; Lechlade, located at the source of the River Thames and home to William Morris, has ancient walls constructed of vertical Cotswold stone slabs. 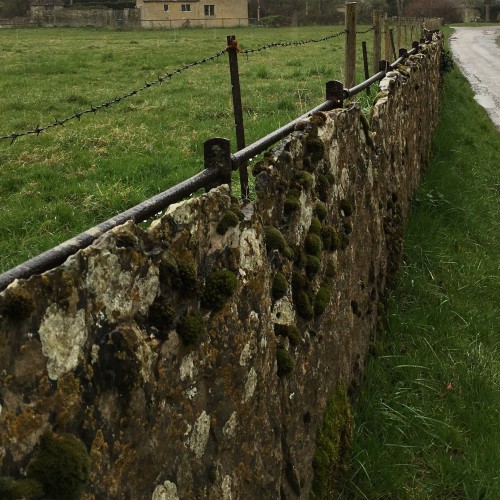 Walk. The Cotswolds is a walker’s delight and, frankly, the very best way to savor this region of golden stone villages, woodlands, meadows and valleys, brooks and tight fields. The region is protected as an area of outstanding natural beauty – the largest in the country – and walking along its footpaths will ensure you are far from the beaten path. Your best guide for delicious walks in the Cotswolds are outlined in 50 Walks in the Cotswolds.

Visit. The Cotswolds is famous for its gardens, castles and stately homes, many of which are managed by the National Trust. Heavily trafficked, you can feel utterly local bypassing Hidcote Manor Garden and stopping in at Kiftsgate just down the road. Intimate and riotous with color, Kiftsgate Court Garden was planted post WWI and has been tended by three generations of women. Sezincote, considered by some a “folly”, is a 200-year-old Mogul Indian palace, set in a romantic landscape of temples, grottoes, waterfalls and venerable centuries old trees. 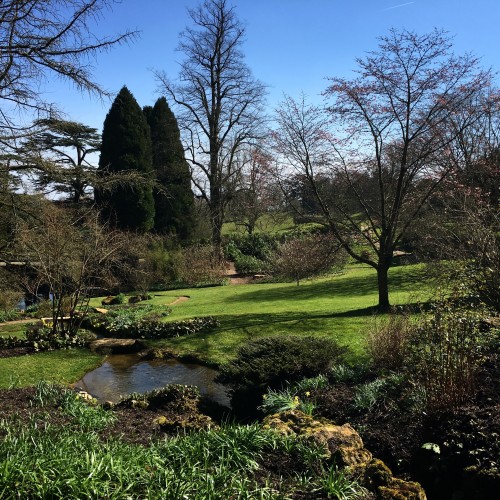 Shop. Poke around in the seemingly endless antique shops in the region, many of the best to be found in Stow-on-the-Wold, Chipping Campden and Chipping Norton. Immerse yourself in the Bamford brand, shopping for organic farm produce, home products, housewares and wonderful cashmere and cotton clothing at Daylesford near Kingham. If a long weekend without a pilates session or a soothing massage dampens your spirits, the Bamford Haybarn Spa will give you these and more.   And if outlet shopping is your thing, drive half an hour to Bicester Village Outlet, home to more than 100 high-end designer brands like Marni, Celine and Mulberry. 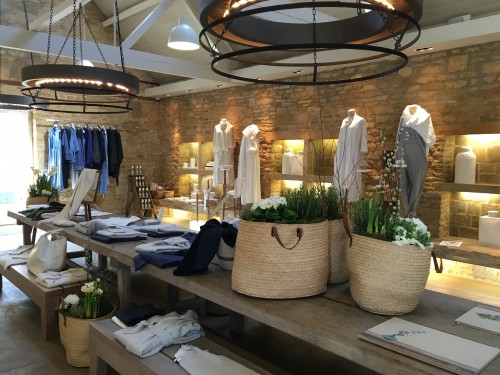 And remember that Oxford is not that far away either. Visit the Ashmolean or Pitt Rivers Museum and another gem, the oldest botanic garden in England. On a lovely afternoon, rent a boat at the Boathouse and punt down the Cherwell River. End your day at Christ Church Cathedral for choral Evensong at 6PM.

The best season to travel to the Costwolds is in April, May, very early June and then, again, after the summer in early Fall. The flowers are beyond belief in the spring and then, as the months wear on, the thick hedgerows patchwork the farmland and meadows and the ancient trees offer shade to sheep flocks. Avoid the summer months when the crowds descend. 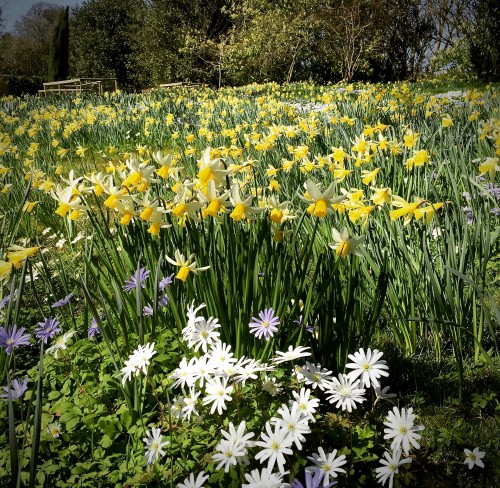