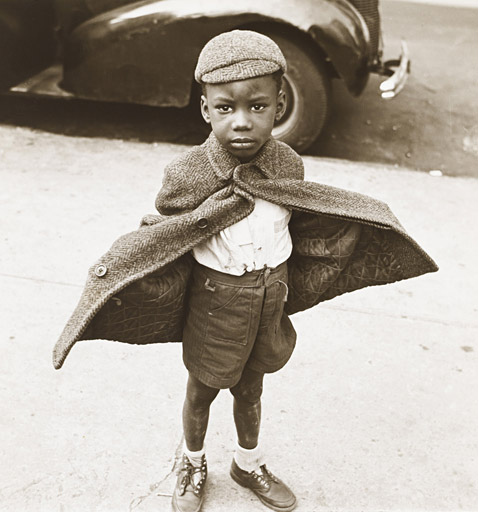 The current show at New York’s The Jewish Museum, The Radical Camera:  New York’s Photo League, 1936-1951, is a wonderful portrait.  It is a portrait of New York street life, a portrait of a tumultuous period in US history, and a portrait of changing photo documentary style.  All three portraits are captivating.  For a New Yorker, to see familiar buildings and streetscapes in their earlier days, is to engage in time travel, always a compelling version of travel for one, like me, with that particular bug.  To see documentation of this tumultuous historic period, from New Deal social programs, the war effort and ending with the Red Scare, is instructive.  And the changing style of street photography, from the early days when the objective was documentation to the latter years when aesthetics began to frame the content, is to view an early chapter of contemporary street photography.  This large treasure trove of images comes from the cameras of the New York Photo League, a group of amateur and professional photographers who banded around social and creative issues and found its voice in the social issues of the time.  It also ran aground on its social vision when it was infiltrated by an FBI agent and was subsequently  blacklisted by the House Un-American Activities Committee.