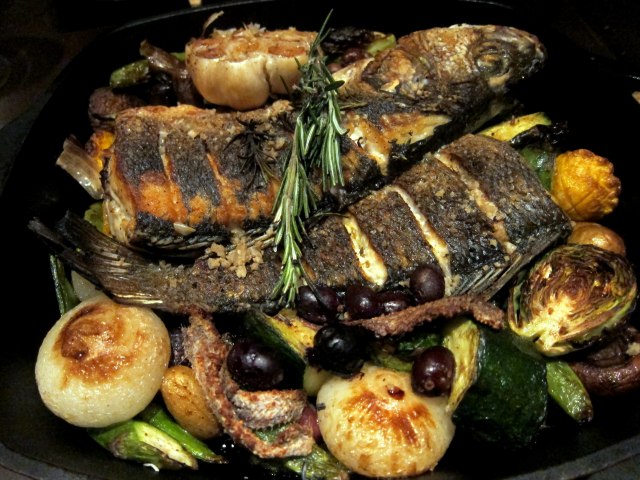 She is my insider friend; she had the number, which is huge.  Because Bohemian restaurant, a Japanese boite located in a building that has housed not only Warhol but also Basquiat (the provenance adds to the whole mythology, of course) keeps its head way, way under the radar.  The phone number is not listed and, effectively, the limited access to the reservation line makes it a kind of  members-only bar, restaurant and lounge bar (in order of the evening’s progression.)

A bit tricky to find, once inside, you are in another world.   A handful of low tables with comfortable chairs, a sofa, a shadow box of a zen garden and a bar that seats 6, is all there is to it.  But just wait for the food and the drinks – inspired cocktails, great sake – and then the extraordinarily delicious dishes that combine tastes, cultures and traditions using fresh, artisanal products. 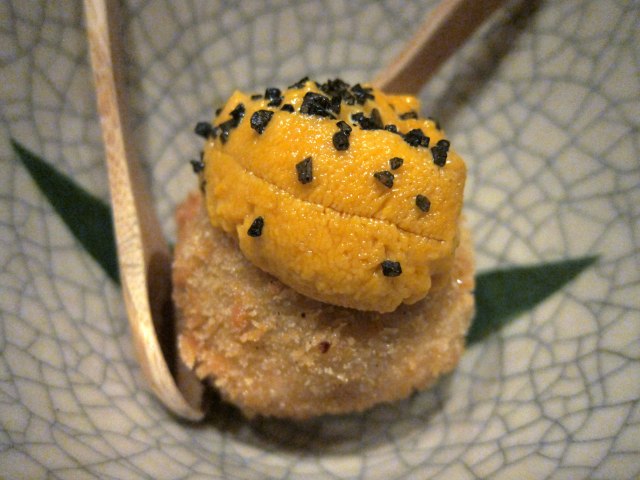 The whole branzino, served on its cast iron pan and scattered with grilled asparagus, potatoes, squashes, olives and a magical touch of anchovy, was delectable.  Who would have thought that a mushroom croquette topped with a healthy dollop of uni would be magical.  These were just two of the dishes that came in the tasting menu, a menu that, at $58, was a steal.

Owned by Takahashi Ayumu, a larger than life figure who is worth getting to know, Bohemian is a secret find.

And, yes, I have the number.  But as a gesture of solidarity with the great experience Bohemian offers, I won’t be sharing it either.

The technique of dying with indigo in Japan goes back to the 7th Century where it was introduced from India via the Silk Road. Japanese indigo dyeing, known as Aizome, started as a luxury for the aristocratic and samurai classes. By the 19th Century indigo-dyed cloth had become so prevalent that, upon Japan's opening to the West in 1853, one English observer saw enough of the hue to term it "Japan Blue."