Phantoms of the Flats 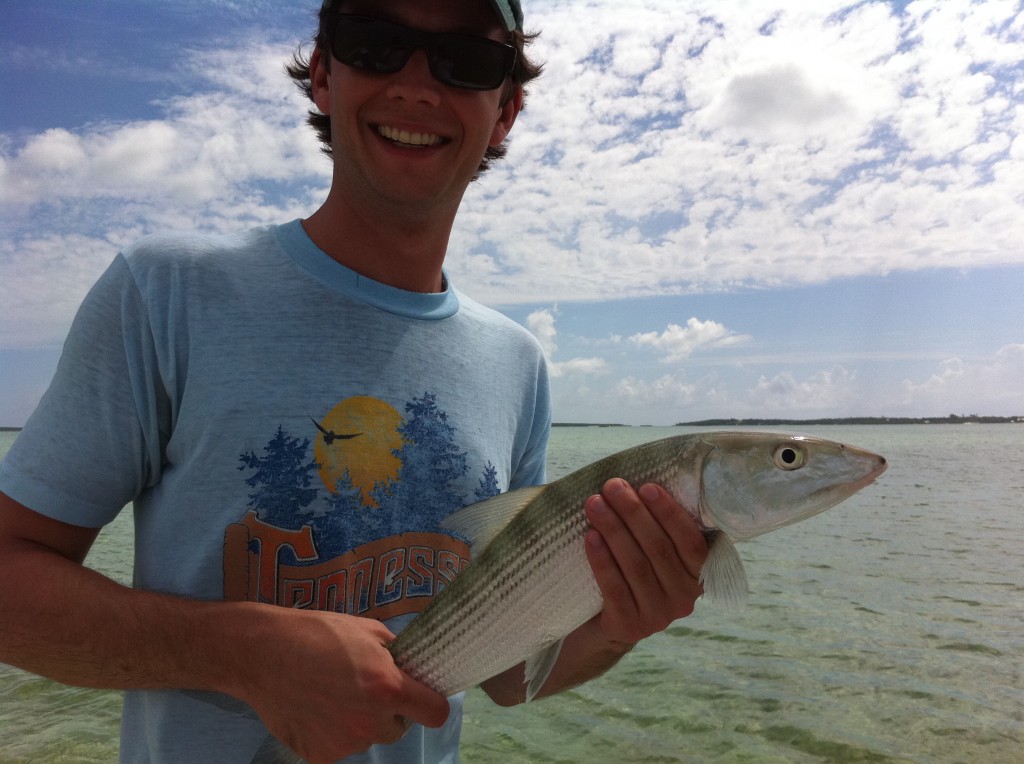 We poled through warm, tropical waters – the flats – of north Eleuthera, Bonefish Stuart carrying on a running dialogue with his inner fisherman while scanning the shallows ahead for our mercurial target.  Moving solo or in schools in ankle high waters, bonefish are, pound for pound, probably the strongest and fastest fish around.  They are considered to be the world’s premier fly game fish; their fiercest predator, however, are birds who swoop down on their dorsal fins which cut through the shallow waters.

They are quick, moving like lightening if the cast lands anywhere in their midst.  If they are at 12 o’clock, determine in which direction they are moving and cast at 10 or 2.  Lucky to catch one, the landing of these sleek silver torpedos is a good fight. “It’s you and the fish now, don’t let him beat you,” says Bonefish Stuart.  “What you tryin’ to do is wear him down.”  And so Jeremy did, twice.  Patience, skill, luck and the eagle eyes of a Bonefish Stuart all play their part.  And, man, is it fun!