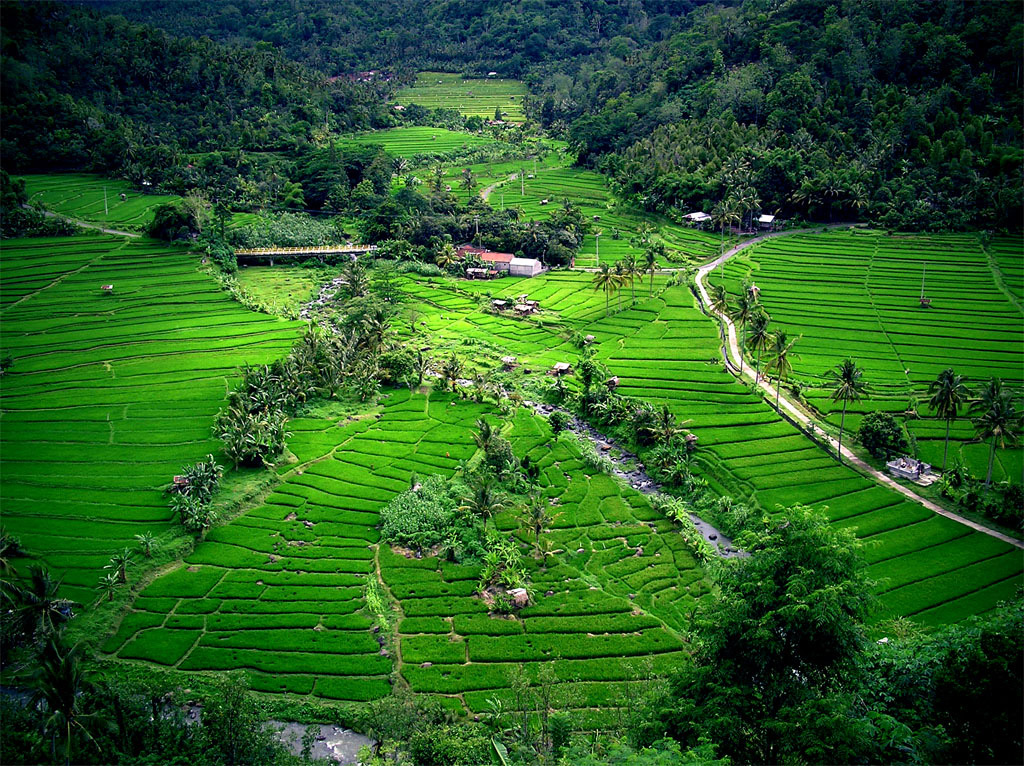 I am spending this New Year’s Eve winging my way to Bali.  I have rented a house in Seminyak and will be meeting my family in a few days for a week of fun.  While I have skipped through Bali in the last years, I am looking forward to catching up with friends and surveying the changes which, ominously, are alluded to in everyone’s emails.  “You will be shocked at the changes” is the general cautionary note, usually followed by the gentling remark that there are still “corners” which will remind me of the Bali of old.

For indeed, we go back quite a ways, Bali and I.  Even though I came to Southeast Asia later than many of my friends (I came of age in Africa), my relationship with Bali now stretches back over twenty, rather critical years.  And because I found myself in Bali during the dissolution of a marriage and the subsequent righting of our family, my relationship with the island and with its extraordinarily creative and diverse residents was quite intense.  Much of my early life there revolved around Linda Garland, that remarkably prolific and talented designer, who fell in love with bamboo around this same time and drew me easily into her bamboo foundation work.  I rented houses at the coast so the boys could surf,  but I struck a deal with them..for every two days on the beach they gave me one up in the hills to visit artists, walk rice terraces, listen to gamelan, follow processions or just explore less visited parts of this very large, very diverse island.  One summer we took a boat and sailed through some of the Seven Seas, visiting Sumba, Sumbawa, Flores, and Banda.  There are stories galore to remember there too.  It was a timeless place, one that had already captured generations of imaginations.  It seemed to me ancient and immutable.

And so, when I hear that I will be shocked at what I will see in the next days, I feel alert to impending disappointment, and I counter with my head.  I remember from my anthropology studies the work of the great Clifford Geertz who dissected the island’s culture so brilliantly and documented its extraordinary adaptability.  The tourism studies of the 1970s already warned of the two Balis that existed in tandem – the rural countryside, increasingly impoverished, that fed the coastal hotels and the tourist hordes who came to play.  This was not something I ever saw because I didn’t stay long enough or dig deep enough to register the cultural and environmental issues.  They weren’t – yet – in your face.  But who knows what will greet us now?

What I do know about Bali, and what I doubt has changed much, is the extraordinary generosity of its people both local and expatriate; the very feminine aspect of the island which accepts difference and nurtures; the unbelievable creativity that, literally, spills out on to the roads in town and in the countryside.  I look forward to that and to having my eyes dazzled by the instant antiques, the humorous carvings, and the disquieting artifacts that drift up on this magical isle from other outposts in these Seven Seas.  And, as the week goes on, we will share some of these discoveries.

Some of the most beautiful sailing areas on the planet occur on the Seven Seas - Banda, Timor, Celebes, not to mention gorgeous Raja Ampat.  This has traditionally been the lurking ground of the ruthless seafarers of South Sulawesi, the Bugis, who dogged the routes of English and Dutch trading ships.  European sailors may have feared the Bugis for their piratic ways, but was that fear mixed with a touch of admiration when , through the spyglass, they marked the tall mainsail and wide hull of the Phinisi ship bearing down on them?

The Alila hotel chain has added to its property inventory in Indonesia a beautiful, 46-meter Phinisi-styled boat, Alila Purnama.  With 5 well-appointed suites over its three decks, Alila Purnama, translated as The Full Moon, is gracefully furnished with traditional teak and rattan furniture and locally sourced fabric, offers delicious food and, most importantly, sails you to the Seven Seas. 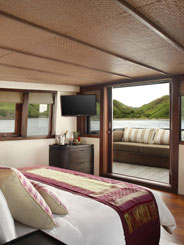 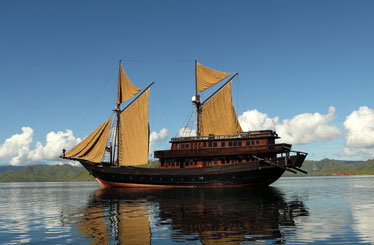