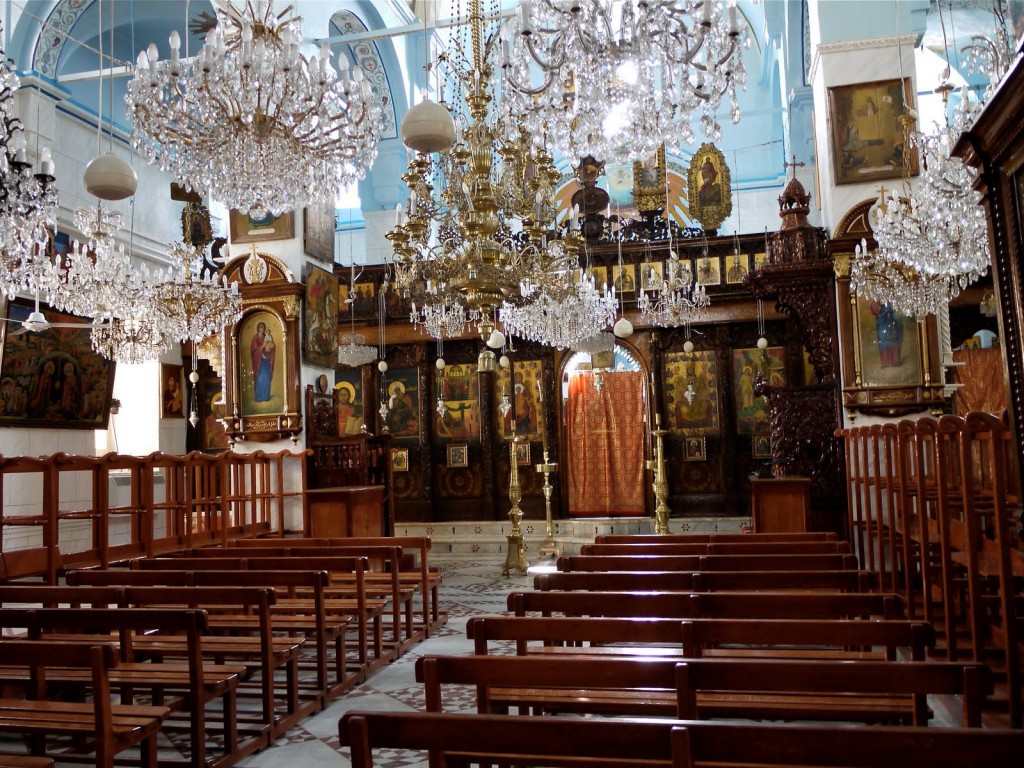 Thirty miles north of Damascus are the rock girt Christian villages of Seidnaya and Maloula, important places of pilgrimage for the Christian faithful.  Seidnaya’s Greek Orthodox Convent, dedicated to the Virgin Mary, is supposedly the oldest continuously occupied convent in the world; Maloula’s  St. Taqla and Mar Sarkis Monasteries are just a short way away off, clinging to the face of an enormous rock in which are scores of caves where early Christians lived.  The monasteries date to the 4th century.  Maloula is the only place in the world where Aramaic, Christ’s tongue, is still used as a living language.  We received our blessing at Seidnaya and a close-up view of the many icons hanging in the chapel from Antonina, one of a handful of nuns who care for the Convent and ensure that it stays occupied.  Her habit, drawn tightly like a wimple around her small face, made her look pinched.  But when we bid her farewell, her eyes crinkled and a shy smile brightened her stern look.

A charming father greeted us at Maloula and asked us to join him in saying the Lord’s Prayer which we did in English and he in Aramaic.  And then he showed us the alter in the small chapel, a marble altar whose shape is replicated in a famous icon hanging nearby that shows Jesus at the Last Supper.  We were told that the altar, like many early Christian altars, were simply recycled surfaces used for pagan ritual sacrifice. 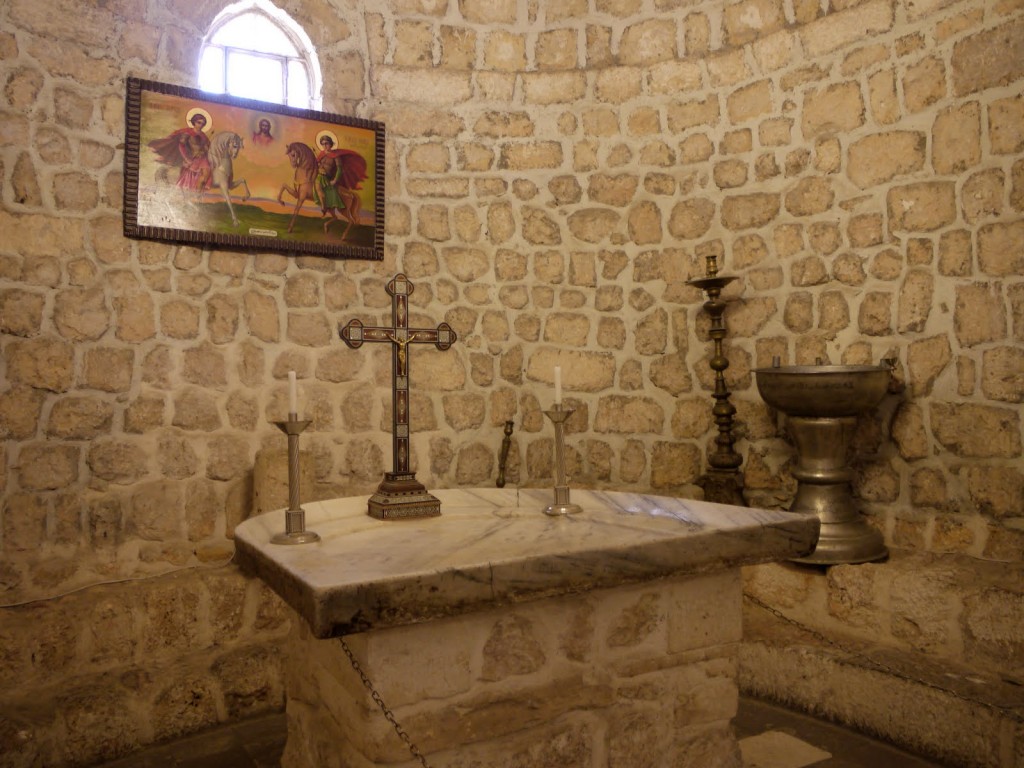 Two of the most holy holidays, complete with processions and decoration, take place annually in Seidnaya and Maloula on September 8 and 14. 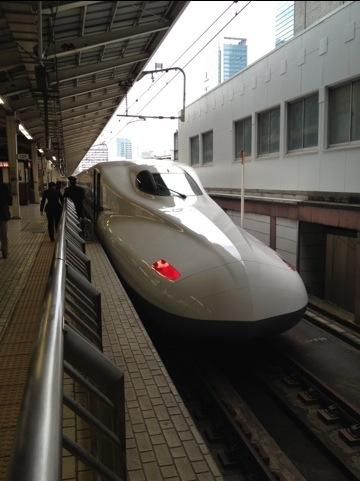 Toto for sure... Who doesn't love a friendly loo that promises a warm bum. And the scale of furnishings, so low to the ground, suits me down to the ground ( no pun intended). But the Shinkenzan is a thing of beauty, and the ladies in pink, who rush in to the arriving sleek monster to change doilies and spray the air made me gape. The discipline. The restraint. The perfection of it all. It is remarkable to see the care given to all aspects of life be it cleanliness, aesthetics, packaging ( everything is wrapped and boxed) or food display. Yet I believe - and this is another story - that there is a trade off for such perfection. 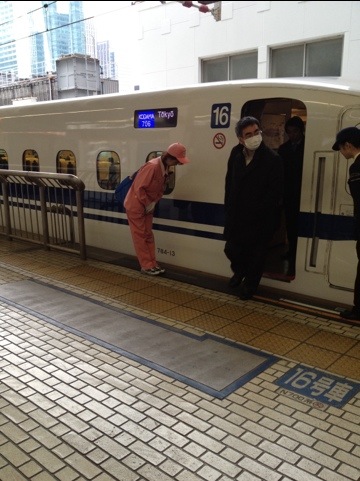 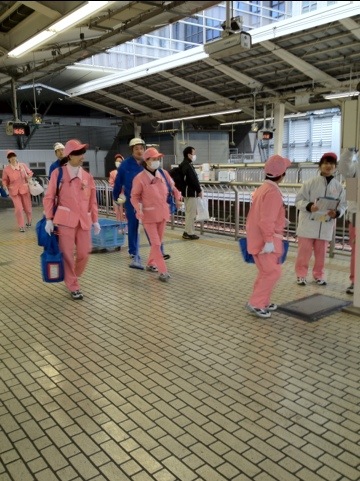 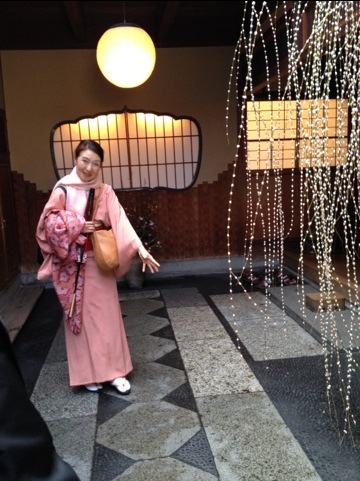 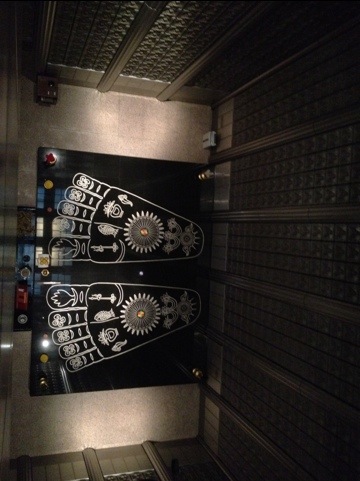 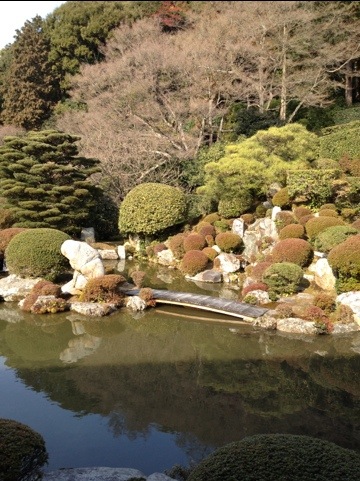 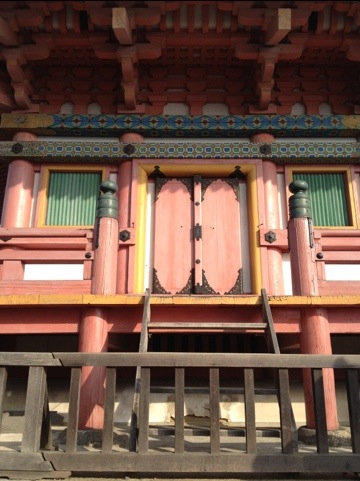 Some of my Favorite Things