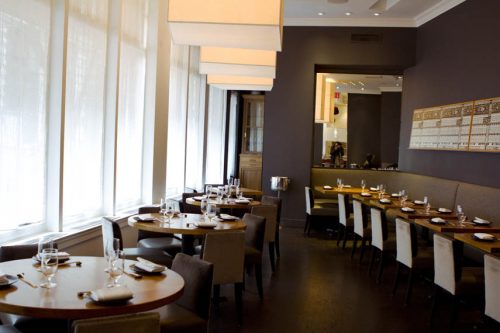 There are so many delicious Japanese restaurants in New York..we are indeed fortunate.  Yesterday, however, I discovered one more on East 15th Street, aptly named 15 East Restaurant.  It was one of those serendipitous evenings.  Jeremy, Katie and I found ourselves on 14th Street West with a looming sky and hungry tummies.  And Jeremy, ever the foodie, steered us, sans reservation, to this Michelin starred sushi eatery.  The restaurant, a two-roomed affair with the sushi bar in one and nicely spaced tables in the second, looked not only alive but full.  And yet, there was the perfect three top, the only empty table in the restaurant, and we were in luck. 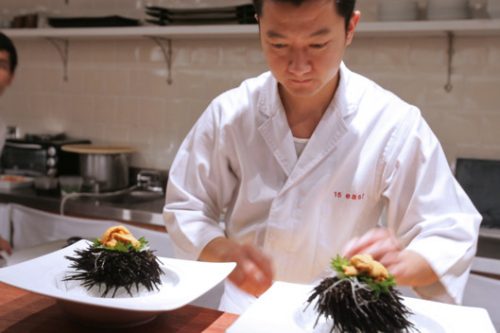 Oh my..what a delicious dinner we had!  We started with an array of sushi beautifully plated on a long, white ceramic dish with a clump of fresh ginger and their own wasabi that comes from the Izu Peninsula.  As well, I had my all time favorites — uni, brought from California and Japan, and botanebi, the tiny spotted sweet shrimp.  And then we shared a delicious Arctic Char with poached root vegetables fresh from Union Square Greenmarket, a perfect coda to the dinner. 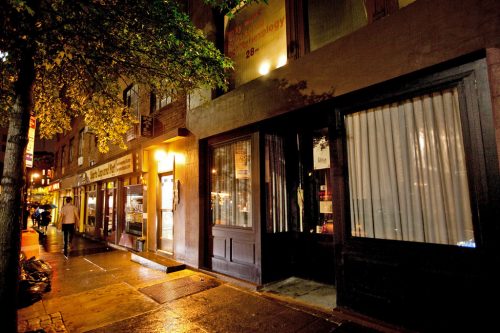