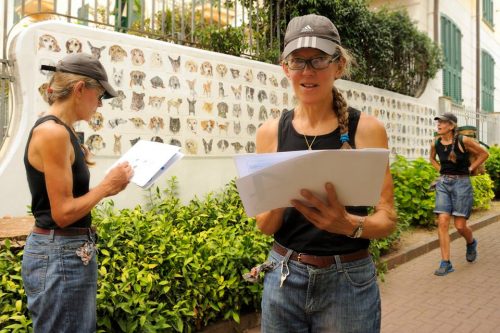 Sandra Chace’s story is a layered and complex one, shaped by a stunning intelligence and a deep well of passion.  She was a second sister to me for a few years in the 1960’s, living with my family in New York and attending my high school.  It was a galvanizing time:  the US was rocked by the deaths of MLK and RFK, by Vietnam and, even, the Beatles, but our sisterhood was anchored in private jokes, mirror dancing, secret, late night ear-piercings, boyfriends and, yes, poetry.  I loved her very much.

And then, suddenly, she was gone.  A sometime model – among other shoots was a magazine cover with the Rolling Stones – she  met the fashion photographer, Gianni Penati, and fell deeply in love.  They moved to Italy just around 1970, and we lost touch completely.

It is only in the last five years that I have reconnected with Sandy and, that, thanks to my sister who sought her out one evening as she drove along the northern Mediterranean coast of Italy.  On approaching the hill town of Alassio, Annie called Sandy and picked up the threads of her story.

Since then, in lengthy back and forth emails, we have traced our years apart with an intimacy that belies the decades and distance that separated us.  Extraordinary how you can pick up where you left off.  We have always shared a love of dogs, but Sandy tells me she will not own another because of the suffering she feels when they die.  Her love for them, however, has manifested itself in her art, and she has taken to painting the dogs of her village on to ceramic tiles. 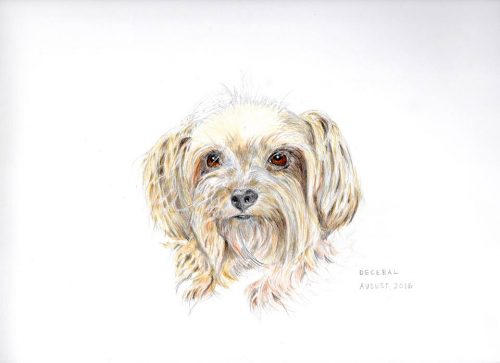 Sandy has now painted 352 tiles, and she has mounted them on what was a graffitied wall in Alassio. It is widely known as the Muro dei Cani, the Wall of Dogs. 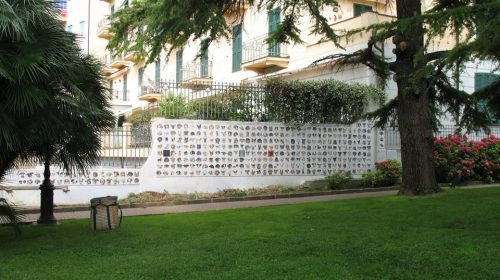 Sandy was always a wonderful artist, drawing the natural world with fine pen strokes that rendered an almost photographic quality to the image.  But her drawings of the dogs are exceptional, for each one tells a unique story through the eyes, the tilt of the head, the pitch of the ears, the furrowed brow.  Sandy is the conduit for their different voices, and she has created a remarkable work of art that breathes compassion and humanity.

In the first days of December, after a gap of 45 years, Sandy and I will finally meet up. We will spend a few days together perched high above the Mediterranean, sharing the sunsets out at sea and basking in the light of our revived friendship.  And she will take me to see her Muro dei Cani where, I believe, much of her story is painted.  And there, among her pack of 352 dogs, my own beloved dog will gaze out at me.

Sandy’s gift to me.