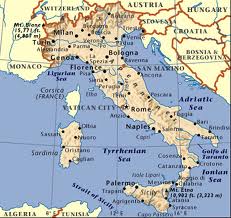 On Thursday I will be leaving on a ten-day whirlwind trip to Italy, a country I know well.  My Father’s sister married a Sienese.  We had the great fortune of spending our summers in the family houses outside of Siena and in Florence, and a couple of summers, so many years ago, we rented a home in Porto Ercole (long before Il Pellicano) and in  Capri (where I got my first job at the age of 8).

The objective of this return trip is to update myself on hotels and houses which, after sifting through the wealth of new properties, has transformed a leisurely meander under the Tuscan sun into a romp, if not a race, from ankle to thigh of boot.  I start in Amalfi’s lovely town, Ravello, and then move on up to Sorrento, pausing in Positano and overnighting in Capri.  From Naples, I Eurostar it to Rome  and head directly up to the Maremma for a short visit of l’Andana, Alain Ducasse’s gem nestled in vineyards and overlooking the sea.  From there, to Castello di Vicarello, also in Southern Tuscany, where an evening massage awaits and an early morning yoga practice before driving further east to Perugia where I will stay one night with Valentina at Palazzo Terranova.  And then there is an agenda quite tightly packed as I make my way to Florence – Borgos of different names to visit and maybe even a stop at the family house outside of Pianella – ending up at the Four Seasons in Florence, a convent turned into another Four Seasons gem of a hotel.  Finally, I will spend two nights in Fiesole at San Michele, gazing out on this Medici city and contemplating the beyond from whence I have just travelled.

Please come with me!