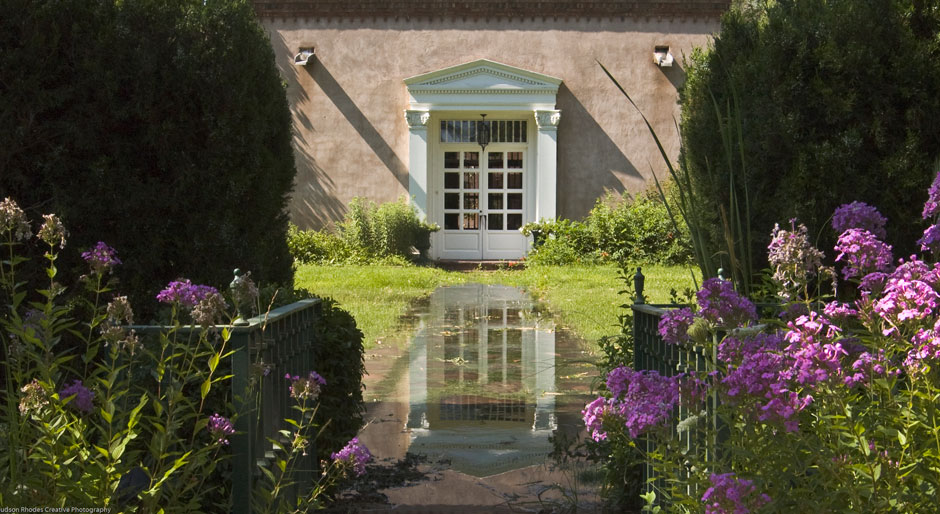 There are so many hidden gems around the world, and one of the great pleasures of working in the world of travel is that friends generously offer me their favorite picks of hotels and restaurants.  This happens frequently, and it gives me the greatest pleasure to be led to these special finds.

Here is the latest.   Los Poblanos is a 20-room historic inn with an organic farm and one of the best farm to table restaurants in the country.

Set among 25 acres of lavender fields, enormous cottonwood trees and lush formal gardens, Los Poblanos is one of the most magnificent historic properties in the Southwest.

The ranch was designed in 1932 by the region’s foremost architect, John Gaw Meem, the “Father of Santa Fe Style”.  The Los Poblanos land was originally inhabited by the Anasazi (ancient pueblo Indians) in the 14th century. Many of the original settlers in this area were thought to have come from Puebla, Mexico, a citizen of which is called a “Poblano.” The land became part of the Elena Gallegos land grant around 1716. The original ranch land was owned by Ambrosio and Juan Cristobal Armijo through the 19th century but was reassembled by Albert and Ruth Simms in the 1930s.

In 1932, Ruth Hanna McCormick Simms commissioned architect John Gaw Meem and numerous WPA artists and craftsmen to renovate the ranch house and create the Cultural Center for political and community events and recreation with gardens designed by Rose Greeley.  In addition to the architecture, Meem and the Simms contracted some of New Mexico’s leading artists and craftsmen of the period to create artwork for the building. There is a true fresco by Peter Hurd, carved doors and mantels by Gustave Baumann, tinwork by Robert Woodman, ironwork by Walter Gilbert, photography by Laura Gilpin, and the landscape architecture by the famed Rose Greely.

Los Poblanos was a model experimental farm in the 1930s and 1940s. It was home to the original Creamland Dairies, and supplied Albuquerque with a considerable portion of its milk. It boasted one of the finest purebred herds of Guernsey and Holstein cows in the Southwest and played a significant role in building up the dairy industry in New Mexico.

Los Poblanos also experimented with raising sugar beet seed in an effort to wean American dependence on imported sugar beets. Alfalfa, oats, corn, and barley were also grown on the property. On the base of the Sandias, purebred rams were raised with the intention of helping sheep herders of the state improve their flocks. The greenhouse was used as a laboratory for raising new varieties of roses and chrysanthemums commercially.  Photos by Laura Gilpin showing the ranch during this period hang in the gallery. 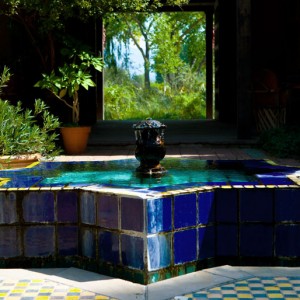 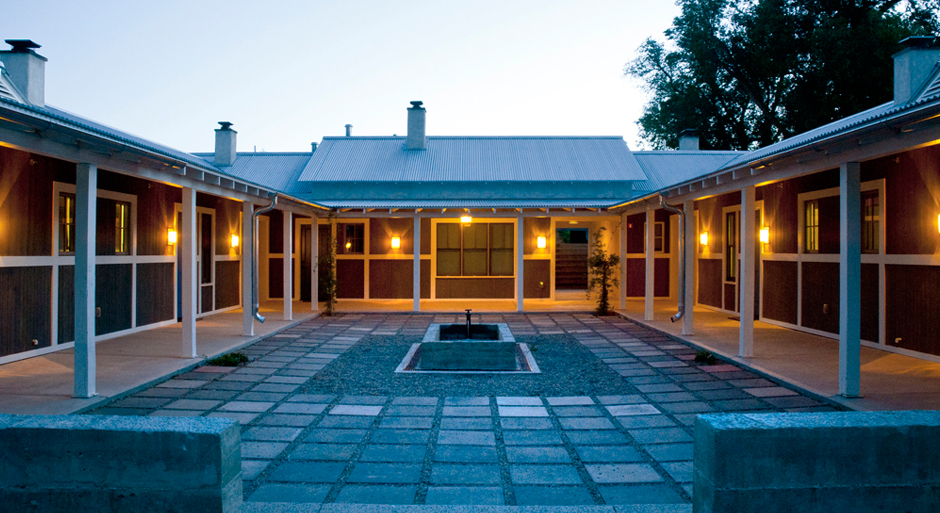 What also pleases me is that Albuquerque is the necessary stepping stone for East Coasters to get to Santa Fe.  Often, the flights are not very convenient for a one-day trip ,and a layover in Albuquerque is recommended.  Now that I know about Los Poblanos, a stopover is required. 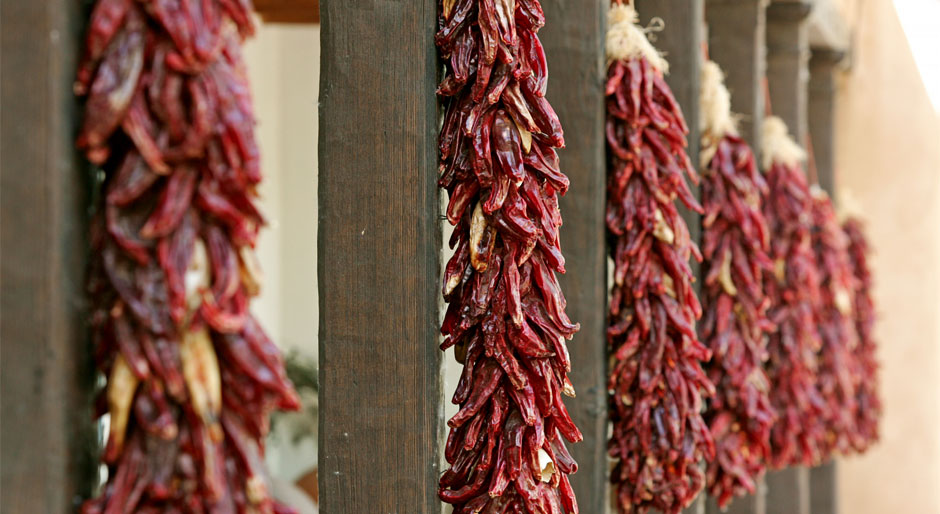