Kurland – Good for the Soul 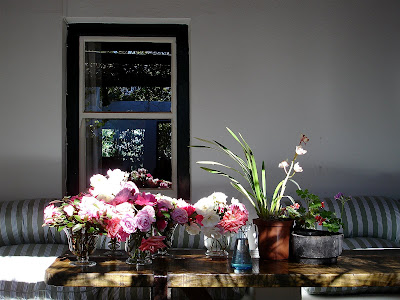 I have had the privilege of staying in some very beautiful hotels, properties whose rooms and gardens I prowl to discover the secrets they encode.  Room proportions, fabric choices, flower arrangements, candle scents, paint finishes, window shades, plant choices — sometimes I come across a hotel where it is all, at least to my eye and soul, perfect.  Kurland is like that, good for the soul.
Kurland is a gorgeous Cape Dutch home with outlying villas that speak of comfort, peace, paddocks and, at certain times of the year, the thrill of polo.  With three major polo fields off in the distance and beautifully maintained paddocks and stables, for some Kurland’s appeal are the international polo meets and then the three daily polo matches and clinics they offer beginning mid-December.  But that is not all it offers.  For others, its location 15 minutes from Plettenberg Bay and the wonderful beaches just minutes away are both draws.  Easy to get to, lovely long walks to be had on a wide, white sandy coastline, both of these are important draws. 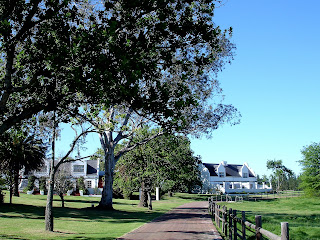 The quiet of the property will speak to others who want to sit by the pool, wander down along the post and rail fence, experience the extraordinary massages of Pierre, the young therapist.  And, finally, it is a marvelous place for families with either young or older children.  Most of the fabulous rooms offer loft accommodations with an inside or an outside staircase for the younger ones and there is a children’s playroom and a children’s pool set way away from the heart of the property.  The children also dine together in the conservatory within earshot of the chef so dinners, too, are uninterrupted by young ones. 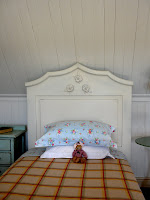 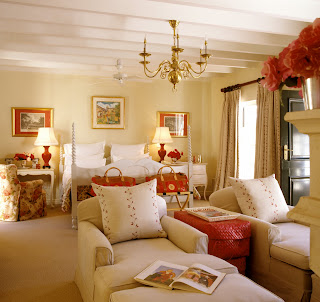 All of the above is great but, without the attention to detail that is visible in the vases of roses constantly being renewed, the thoughtfulness that is exemplified in the stuffed bear that awaits a child on his pillow, the effort that is offered to help design a day’s activity, the aesthetics would fall flat.  The staff is wonderful and, to a man and a woman, they all express privately that they feel it is a privilege to be here, to come to work every morning, in such a beautiful, unpretentious and pleasing environment.  I couldn’t agree more. 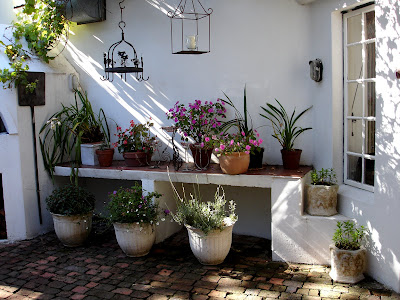 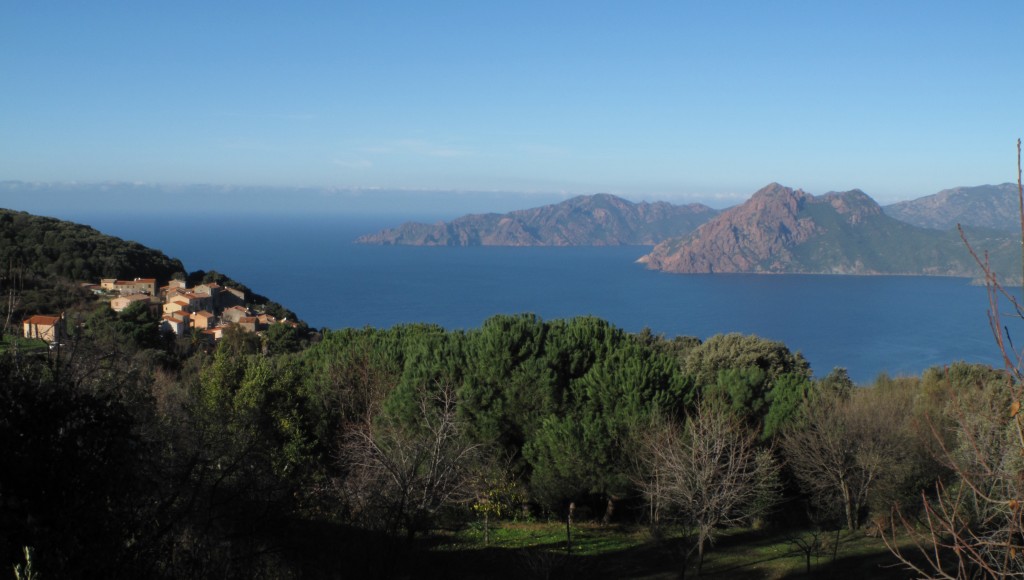 There is a Corsican saying:

"If you live in Corsica, when you die and go to Paradise,

you will be disappointed."

An infinity of bays.

The Greeks called it Kalliste, "the most beautiful."

At 180 kilometers long and 80 kilometers wide, with three geological zones that take you from the black and green schists of the Maritime Alps, through gorgeous orange granites peaking and folding in sculptural magnificence, to the white granites and limestones of the south, Corsica is probably the most physically beautiful island I have ever visited.  The rock rises to 2800 meter peaks that, from December to April, can be capped in snow (there is one small ski station on Corsica).  The slopes are draped in a thick green vegetation and drop, at times precipitously and, at others, gradually, to a coastline of bays and harbors, white, brown and black sand beaches, crystal, pristine Mediterranean water.  Lobsters have been fished off the tip of Cap Corse since Roman times; terraced vineyards are bringing back delicious wines; ancient olive trees, left to drop their black, mature olives, produce a special, sweet oil.  Goats, pigs and wild boar wander the island, producing the fromage blanc and the cured meats that are only truly fresh in December and January.

The 400,000 who live on Corsica swell to 2 million in the summer season.  But even with this five-fold increase, the island is spare and feels huge and empty.  Out of season one can drive for miles on the winding roads and encounter only a goat, a wild boar.  Swimming off Cap Corse in the north, the loneliness of a day is lightened by the rich marine life that makes snorkeling so rewarding here.  ”In season” the tourists arrive and cluster – in St. Florent in the North, Propriano on the West, Bonifacio in the South and Porto Vecchio on the East.  ”I am going to the village,” says the dour Corsican, eschewing the sea and the coast for the fresh air and rock girt privacy of his mountain village.

Corsicans are not sea loving people.  For 2000 years they have been swept by invaders who came to their shores.  Perhaps their inward looking bent and slowness to trust outsiders results from this history. There is one thing that gives me pause in commenting on the Corsican and his feelings about the sea, however, and that is the cemetery.  In Corsica, there is an art of dying and the most elaborate, showy examples of this are the mausoleums that populate the island – particularly in the north – and the exquisite positions of these tombs.   In each village, as in Olmeti, the cemetery faces outward, always seeming to have the best view of the sea, “the most beautiful” view.

Fiercely proud of their island, it is, ironically, both the threat and the isolation the sea has brought that has marked the island and its people’s character.  The isolation has ensured that Corsica remains remarkably pristine and ecologically healthy, both on land and in the sea.  The isolation has also made them vibrantly independent and, for a quarter of the population, this independent spirit has fueled a burning passion and fierce fight to separate itself from the motherland, to become independent from France.

Glancing at my neighbor’s newspaper, Corse Matin, on my flight from Nice to Calvi,  I read the banner “Trois morts en Haut Corse” – ‘Three dead in Haut Corse.”  They say there are more murders per capita in Corsica than anywhere else in France.  I’m not sure if this statistic is correct – like kalliste Corse, this could be a slight case of hyperbole.  But somehow I doubt it.  Corsica IS the most beautiful island I have ever seen, and I think there ARE more murders per capita here than anywhere else in France..perhaps anywhere else in Western Europe.  While the violence is, no doubt, of great import to the Corsicans, I am assured it intrudes little on the visitor’s experience.

Yet, yet…the knowledge that three men had been murdered in the north of the island prior to my arrival adds an edge to the place.  There is an echo of violence here – or, let’s say, a calling card – wherever you travel on the island.  Signs are in French, first, and Corsican, second.  Dual language signs tend to escape defilement, but the signs solely in French, spray painted with slogans, tell a different story.

FIF!  Fuori I Francesi!  Out French!

And then, even more shockingly, the bullet holes rending metal, shredding France’s pride, up the ante.  The Most Beautiful Villages of France, the Best Hotels of the World, the starred Michelin Restaurants of the World…France is justly proud of its eye trained in beauty, trained in quality.

The battle for separatism, with all its issues of rights and privileges, is not something to make light of.  It is a compelling subject and the fury of the calling cards, left randomly by the impassioned separatists, are challenges to the visitor to keep eyes open, curiosity sharp, and to ask questions.