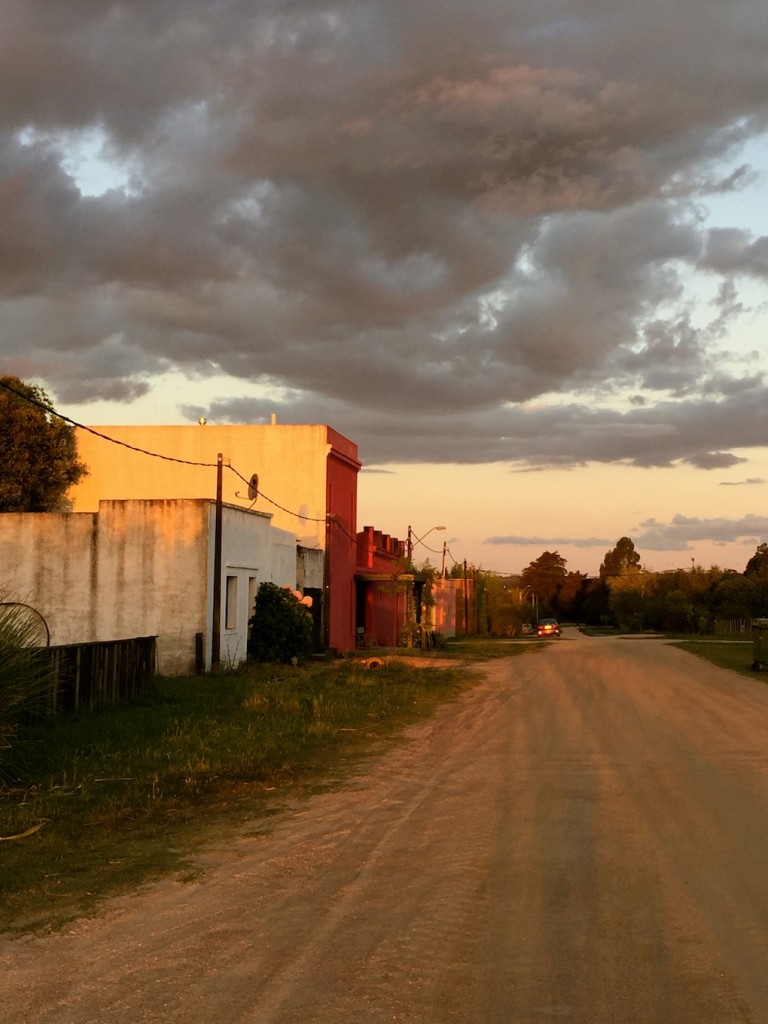 It’s a quiet time of year here in Garzon.  Summer officially begins just after Christmas and “the season” – which extends for about 6 weeks – welcomes to the coast a flood of Brazilian and Argentine revelers and, to the pueblo here, the few foreigners who have fallen in love with its simplicity and calm.  I come before the season begins and usually after it finishes.  For me, Pueblo Garzon is the tonic that relieves the unrelenting noise that attends our daily lives up North.

And yet, life is changing here in little ways that, for the most part, go undetected until I suddenly remember how something was when I first came.  Horses still graze on the roadside and cows and sheep begin their noisemaking at 4 each morning.  But there was a time when Julio, the gaucho from whom I bought my first plot of land, would hitch his horses to the gate if someone wanted a morning ride.  Today, he has moved to the hills with his gains and his horses, and our our early morning rides are no longer so spontaneous. 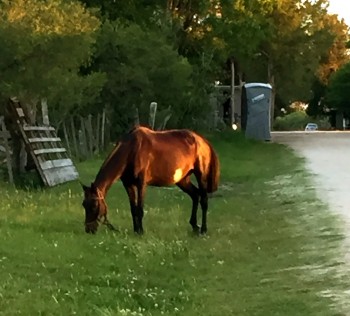 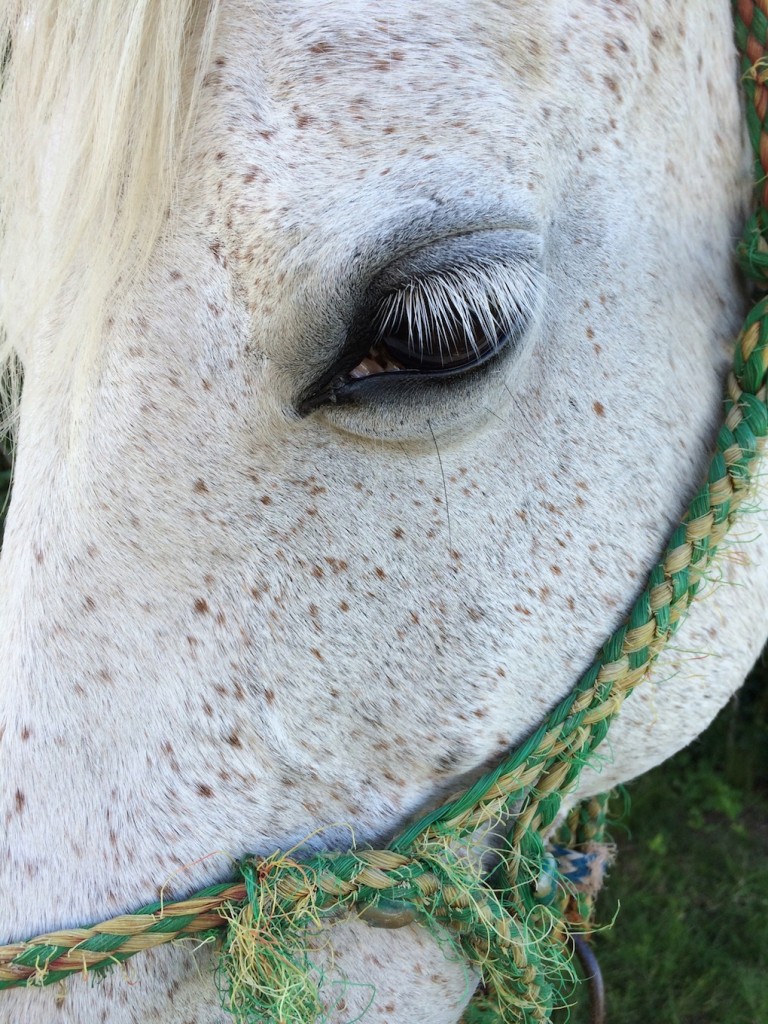 Other changes have come to the Pueblo.  We now have street names, white lettered onto gently swaying wooden signs, an innovation with subtle ramifications.  Whereas I used to explain the location of our casita spatially — one street behind the square, towards the hills and to the right of the very red house — now I can say that the house is on the corner of Las Sierras.  The street signs perhaps will also facilitate deliveries; in the past furniture, wines, or washing machines had to be left at the Mallmann’s restaurant on  the plaza. 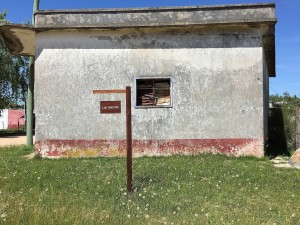 And, speaking of restaurants and eateries, here is an arrival that could be a complete game changer. 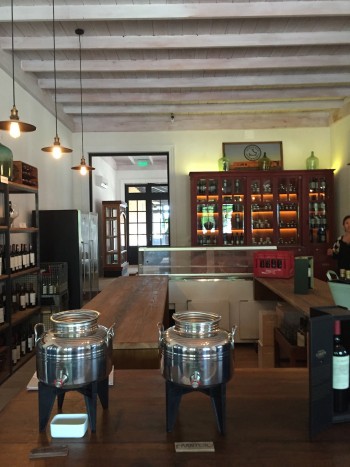 Catty-corner to Mallmann’s famous restaurant is a beautifully constructed bodega that mirrors the facade of Restaurant Garzon.  Owned by Colinas de Garzon, the producers of wine, olive oil and almonds in our surrounding hills, the bodega offers daily coffee, sandwiches, La Mama bakery, newspaper printouts and wines from the various estates of the owner. To come is a pizza oven and cigar room.  For a village that has only three little general stores – provitodos – and no cafe or other shop, this is huge.  But even more important is the owner’s commitment to keeping the bodega open year round in the hope that this unconventional leap will begin to change the mind set of locals and foreigners, encouraging them to extend the length of  “the season”. 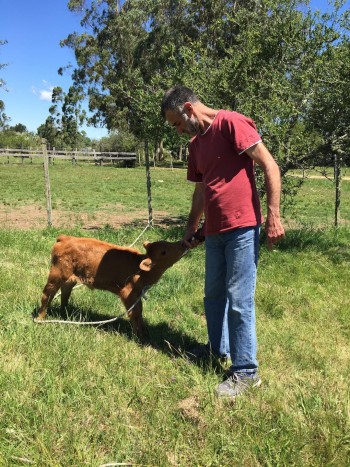 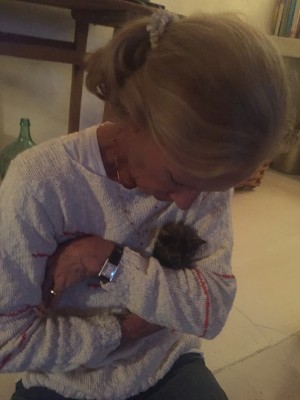 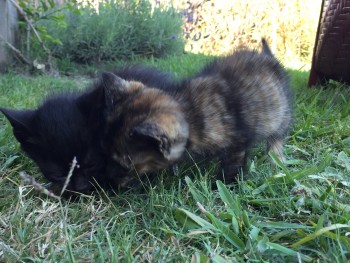 One thing that has not changed here is the magic and heartbreak experienced with the animals.  A three week old calf, above, needs constant bottle feeding since its mother died.  And we rescued three day-old kittens, left to die by the roadside, and bottle fed them until we mercifully found them homes.  The littlest, hardly larger than a mouse, has even acquired a name, Suerte.  Every stay in Garzon takes me on this emotional roller coaster, tears and deep contentment swirling together in a powerful maelstrom of feeling. 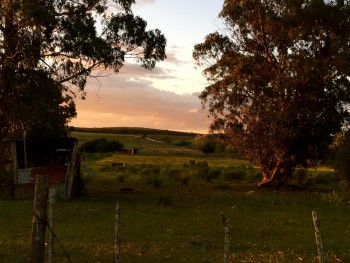 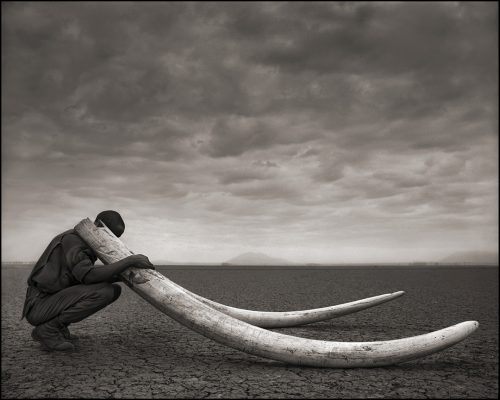 Many wonderful photographers have documented the African bush and its wildlife, but no one's work, in my book, is as honest, as stunningly beautiful and as poignant as that of Nick Brandt.  For many years, Nick has photographed exclusively on the African continent, particularly in East Africa's Tanzania and Kenya.  His mission has been to document the last wild animals and places before they are destroyed by man.   His photos are essentially portraits, and because he does not use a telephoto lens, the images are beautifully scaled and intensely intimate. 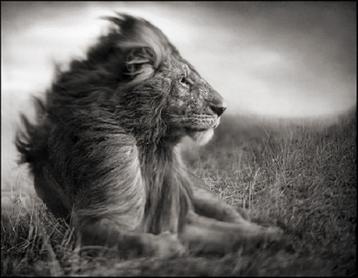 Brandt has produced a number of books, each subsequent one drawing a gloomier and gloomier picture.  On This Earth,  A Shadow Falls and Across The Ravaged Land form a trilogy.  Inherit The Dust is his most recent work where, "In a series of epic panoramas, (he) records the impact of man in places where animals used to roam, but no longer do. In each location, Brandt erects a life size panel of one of his animal portrait photographs, setting the panels within a world of explosive urban development, factories, wasteland and quarries."

Brandt made, wrote and narrated two short films about the concept and production of Inherit The Dust. They are distressing but important to view.

How to help?  Please donate to the Big Life Foundation