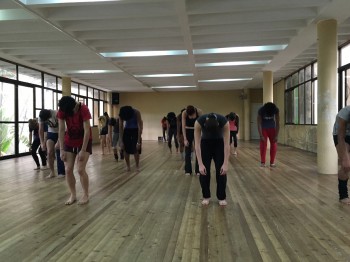 Travel is as much about the imagination as it is about reality. Travel 101, as you all know, is about setting expectations. But how can you even begin to set expectations when the experience of traveling in Cuba is so deeply personal, refracted through the prism of your life journey. For me, arriving in Cuba felt like slipping behind a heavy curtain on to the stage of a play that has yet to perform before an audience. I think about the Iron Curtain that dropped with such finality in Eastern Europe and sense that there is a similarity. But, remembering my travels in Romania when the curtain was in tatters, the differences are night and day. Cuba feels a happy place, lit with humor, music, youth, art, possibility and probability cymbalta 30 mg.

I came here with my own expectations shaped by the specificity of my life: the Cuban family connection; the dreamy memories of early childhood vacations in Varadero; the classroom under-desk drills during the Crisis; the romance of Norman Mailer’s Fidel; books and more books, fiction and non, pro and con.

Everyone travels with a specific interior landscape but I can think of no other place on earth where one comes as unprepared for the reality of what you will find. Maybe I have only seen a sliver of life – and a privileged one at that – but I am convinced that my travel antennae have not been fooled.

I am at the airport, sad to be leaving. The flight, due to depart in an hour, has not even left Miami yet. I have a vague sense that I could find myself lost here, that there is the chance I would not find my way back through the curtain, that no one would notice, that I would disappear.

I imagined, before I came, that this would be a gray place, tired, unkempt, poor. Poor it may be materially, but I have seen nothing but richness in spirit and in pentimento. Last night we visited the Museum of Ceramics located in a wonderful 1840 house in the old town that belonged, once upon a time, to the Aguilera family. Now its two floors hold a range of ceramics, from containers to installations, gathered since the early 1950s by Alejandro Alonso, a lovely old man of uncertain health and great sensibility.  In the courtyard, after a visit to each room, we were entertained by classical guitar maestro, Luis Manuel Molino. Darkness had fallen, the gracious rooms leading on to the arched courtyard glowed in the night, and I closed my eyes when it came to the final adagio, letting the music envelop me.

This morning we managed to snag an appointment at the Cohiba factory. Founded in 1966 by Cecilia Sanchez Mandulay, Fidel’s secretary during the revolution, it is located in the fancy part of town – Country Club Road – in the expropriated home of Alberto Fowler. The lovely bones of the house astonish, and the surrounding gardens are still well maintained. The many rooms hold row upon row of hand workers sorting, smoothing and rolling tobacco leaves into one of four types of cigar. Almost 2 million are produced each year by these nimble fingers garnering, I am told, 8 million dollars. I have never seen such labor-intensive work and yet the smiles were easy and individuality abounded in nail polish, funky hair styles and casual clothing.

The last visit of the trip was to the National Theatre of Cuba to attend the morning class of the Contemporary Dance Troop. Taught by a hugely energetic instructor, the 25 male and female dancers started their class with head rolls and progressed slowly through an array of movement that blended yoga with Afro dance. The singular exercises began to pick up speed and, before long, bodies were in the air, on the floor, spinning and dropping. And then the music began…congas, rattles, singing, and the room erupted. The concentrated faces broke open with laughter as they rumba’d, swayed, stomped and howled.

What a perfect note to end the trip on.