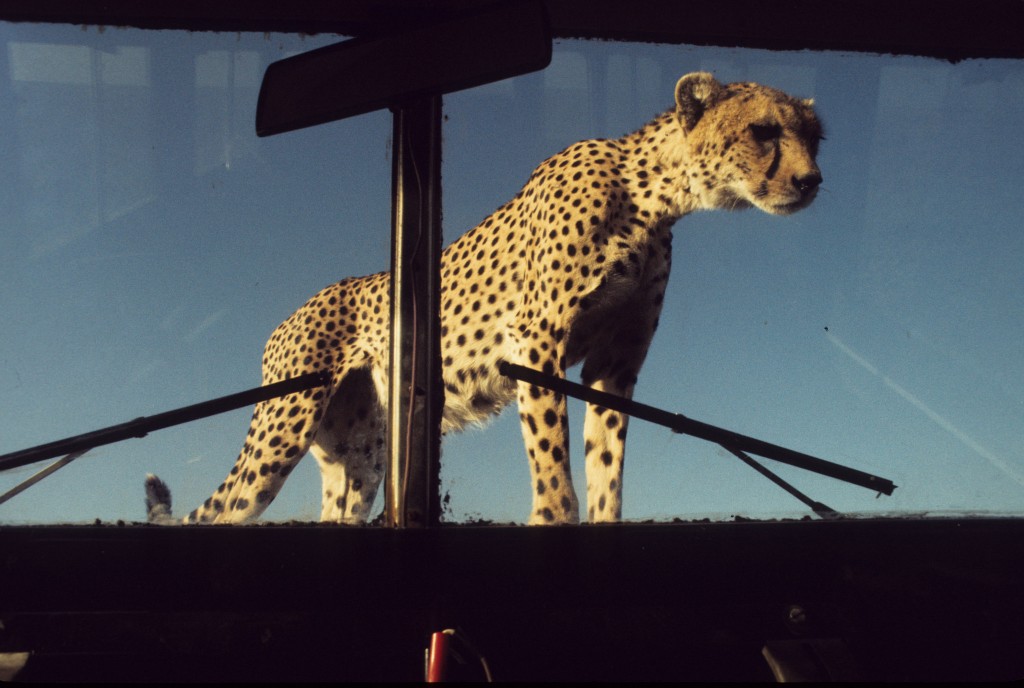 I wrote about Brigitta in my last posting on the Serengeti..how Shep and I lived for 18 months in that beautiful land keeping company with a fine young cheetah, documenting her life, her motherhood, her family.  Brigitta was the first cheetah that any of us are aware of who would jump on the bonnet of a car and use it as a lookout for prey. When I arrived in the Serengeti as Shep’s new love, Brigitta was already in residence.  He had named her for an old flame, and it took me a while to warm up to her; but not that long.  Within two months she had given birth to a litter of cubs, all of whom were eaten by a hyena, one afternoon, when she was out hunting.  For two days we sat with her on the rise above the marsh, quietly keeping company, as she chirped – wept perhaps – for her young.  And then she disappeared.

Two months and an enormous amount of frustration later, we reencountered her.  In time, she had another litter of which two came to maturity.  We succeeded in filming their growth and ended the film with the cubs’ first kill.

William Levy, who took the photo above, was a young photographer traveling Africa with his camera in hand when we met him one day in the Serengeti.  He fell in love with the place, filmed and photographed it and, as the rest of us, has never forgotten its magic.  We stay in touch, mostly around the subject of Africa and our “mal d’afrique,” but it is not all nostalgic.  We bear witness to each other’s passion. As one ages, it is important to speak memories so that they don’t slip between the fingers like sand.