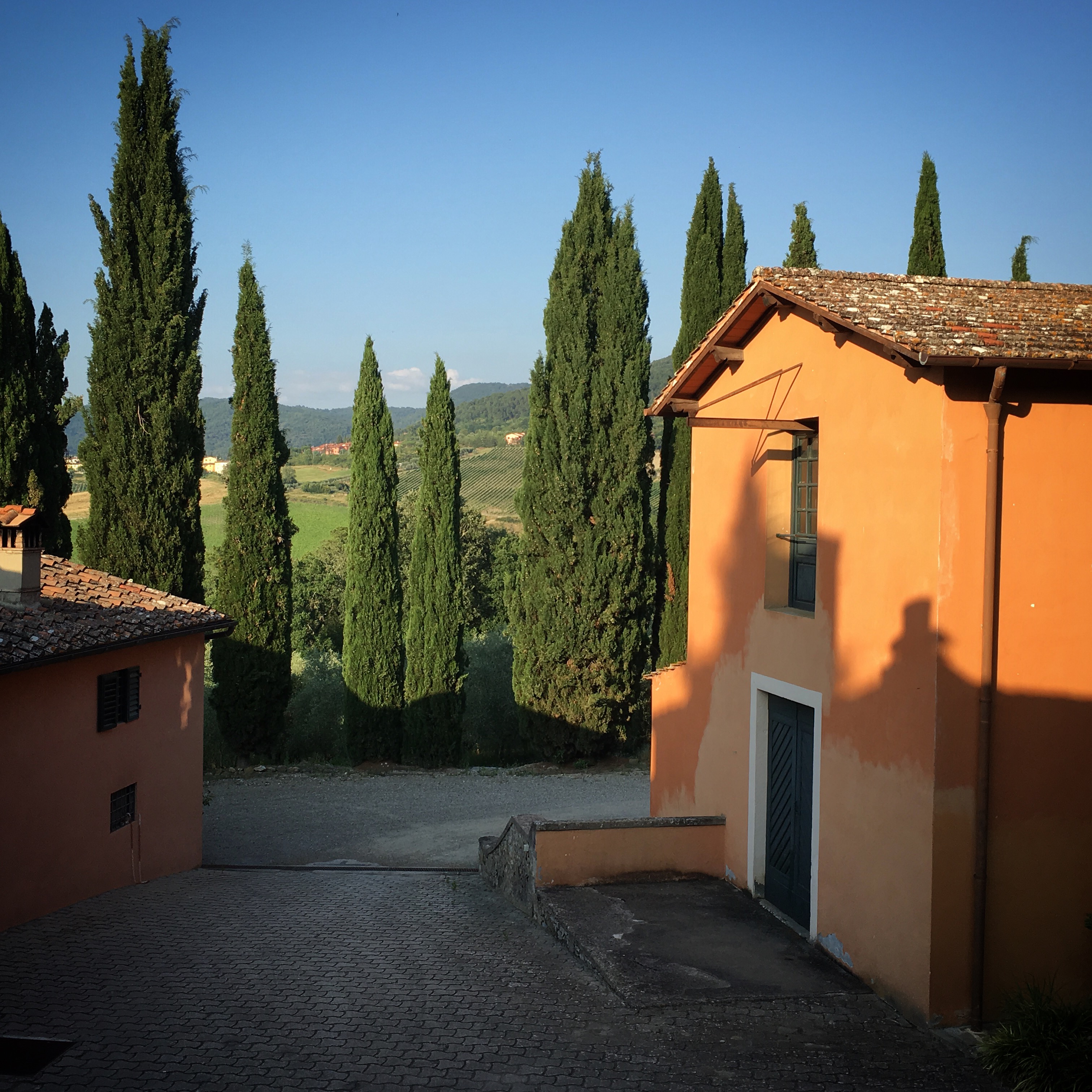 I have grown up with Italy’s Chianti and Capri in my blood. I have returned this summer with my family, my little tribe of two sons, a daughter-in-law and fiancee.  When you rent houses, which is what we have done, they tend to be Saturday to Saturday and so we have had the luxury of two weeks soaking up the charms of this part of Italy, a region that is astoundingly timeless and unchanging.  Indeed there ARE changes but Italy has been such a tourist mecca for millennia that those changes don’t shock so much as fold into the character of the place.

Tuscany’s Chianti is what I  know best and our house on the Folonari estate of Nozzole was right on the Gallo Nero route.  Surrounded by vineyards and blessed with carpets of wildflowers that prospered in the weeks of rain that preceded our arrival, the landscapes quiet the soul.  The town of Greve, with its charming oddly-shaped piazza banked with terraced restaurants and starring the Macelleria Folorni, is a great town to anchor your stay. 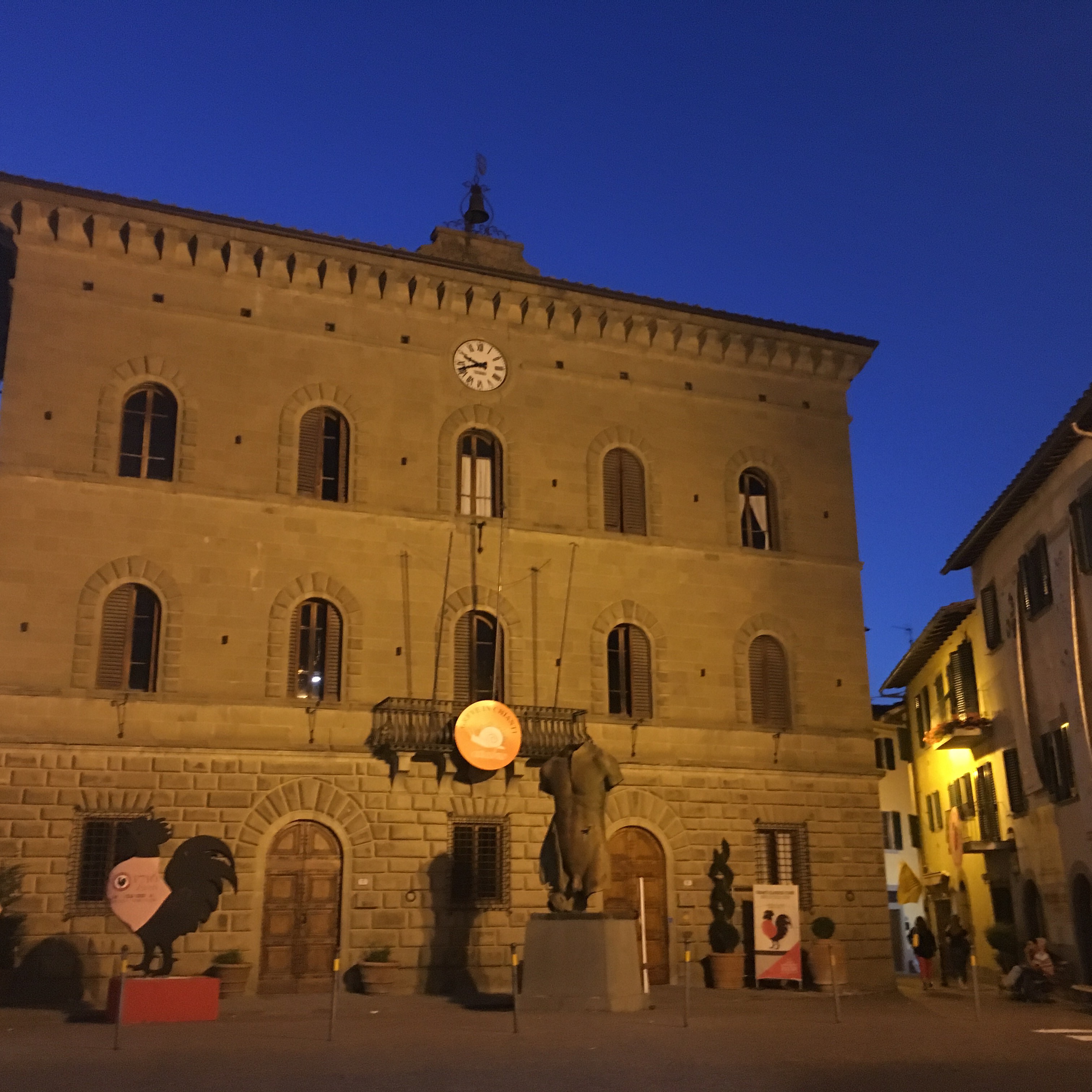 A day in Florence is always fun, and we spent a great one lunching on JK Place’s new terrace leading on to the square of Santa Maria Novella, prior to visiting the church and its cloister (it has the famous Masaccio with its first attempt at perspective), window shopping along Tornabuoni and  in the Oltrarno, stopping for a mid-afternoon porchetta sandwich in the mercato centrale and a bellini at dusk, overlooking the city, in Villa San Michele’s garden.  We dined with our great friend, Oliva, and her two adopted segugios, Brioche and Pici – my current favorite dogs – in her cozy house with a pocket garden flourishing with lemon trees, roses and herbs before heading back to Casavecchia in the vineyard. 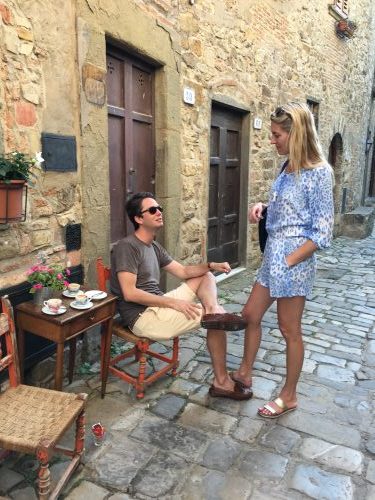 Katie and Jeremy in Montefioralle 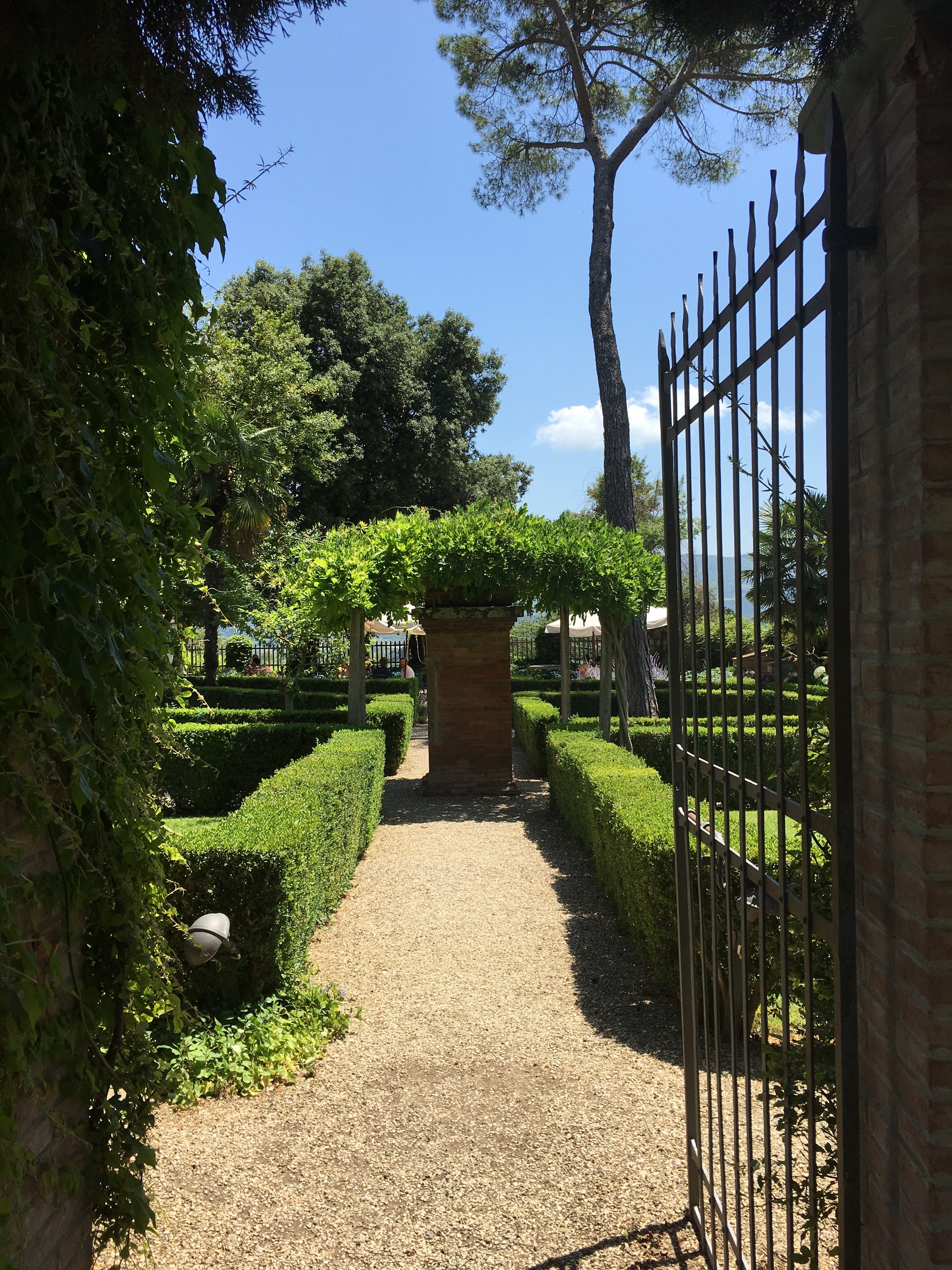 Villa Bordoni, a spectacular restaurant with a few rooms above

And then we trained down to Capri. 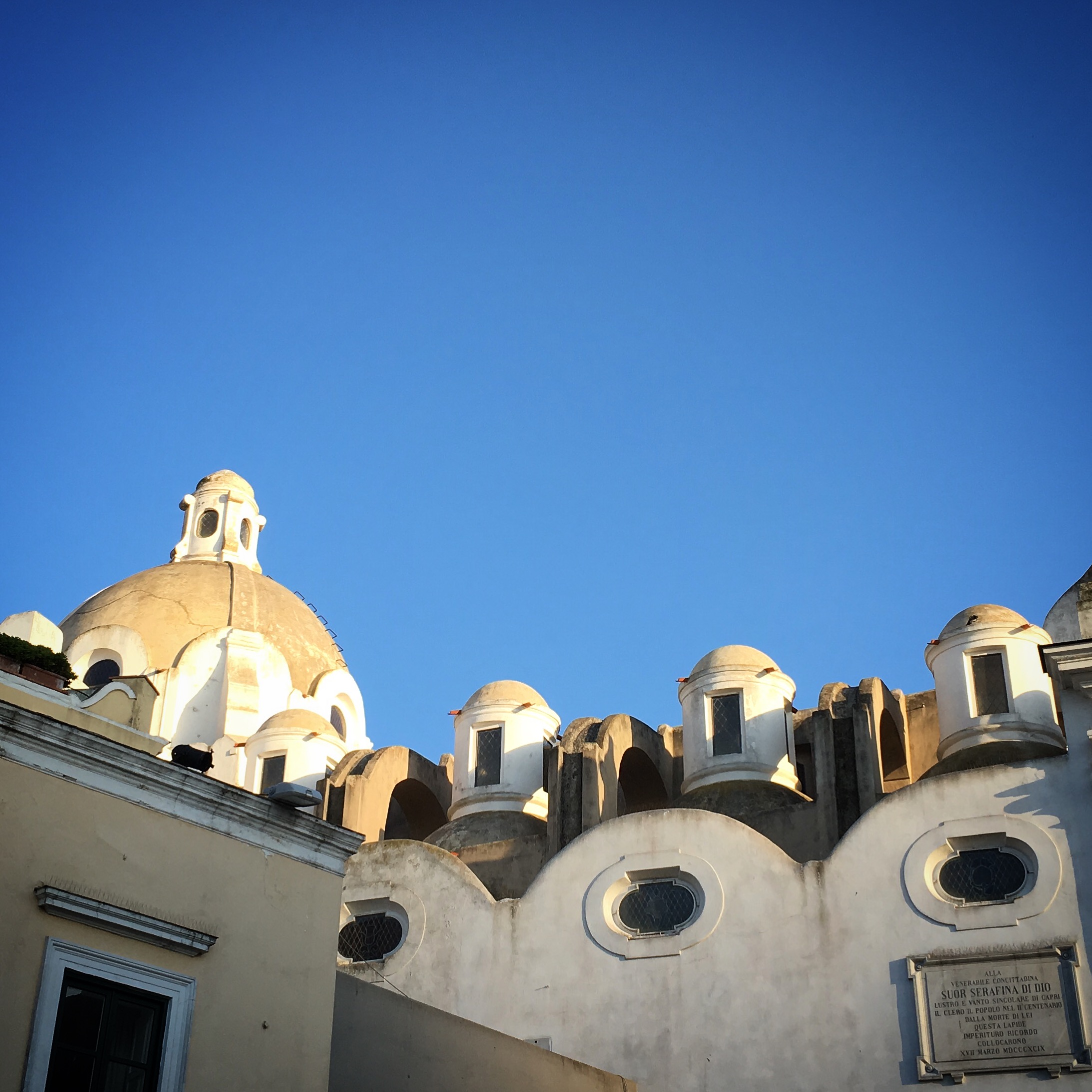 We are all in love with Capri, an island that has seen tourists for thousands of years and yet somehow manages to carry on providing real life in equal measure with magic. 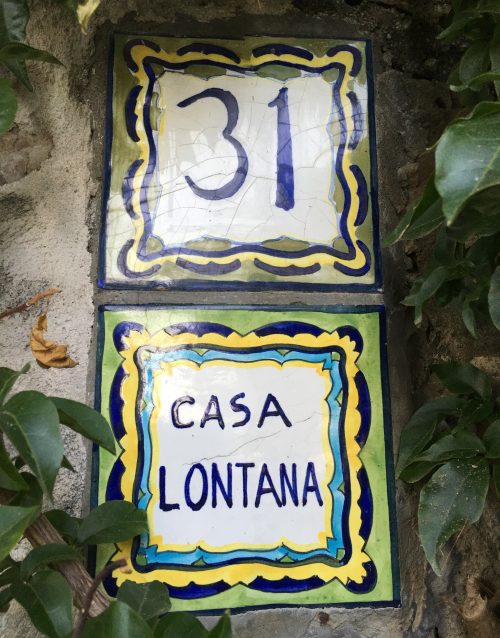 I spent many childhood summers at Casa Lontana, 31 via Tuoro, the house of a close friend.  On each return visit to  Capri, in spite of a changing roster of shops and restaurants, I am convinced that I can “feel” the stones of via Camerelle, Tragara and Tuoro through my flip flops.  I have thought about it more on this trip as I plod up the hill to 35 via Tuoro, the house I serendipitously rented for my family and which overlooks Casa Lontana, and I think it is not the stones I feel but rather the familiarity of the incline of the streets and the width of the steps. There is some deep memory at play here which connects my life travels and this pleases me. 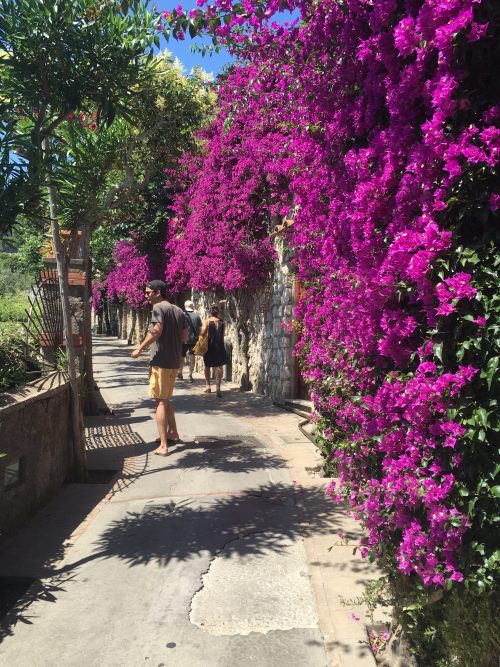 There are so many lovely things to celebrate in Capri but what makes this island particularly beautiful to me is the profusion of vegetation, much of it flowering.  Bougainvillia fights with wisteria to cloak the stone walls, oleander bushes have grown into trees, white jasmine scents the night air and, regal above it all are the Mediterranean pines  with their manicured, billowy canopies.  The other aspect of Capri that deeply satisfies me is the fact that, in spite of the glitz and glam of years past and the conspicuous wealth and celebrity of the current period, there is a deep still water to Capri that is local, real, quotidien and unselfconscious.  Get up early in the morning and walk the back streets – Via Claudio Monteverdi or Via Longano – and you will find Capresi coming and going carrying fish and fruits and mamas taking care of their household chores. 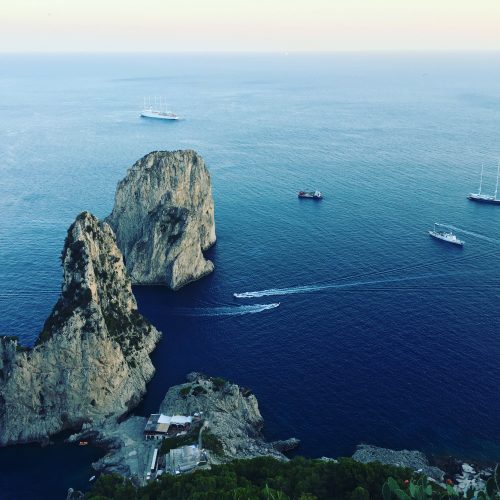 July 4th.  And then the most unexpected thing happened.  Late afternoon a great press of people built up in the Piazzetta.  At the foot of the church of Santo Stefano, a huge platform was erected and I noticed that the speakers had US Navy on them. 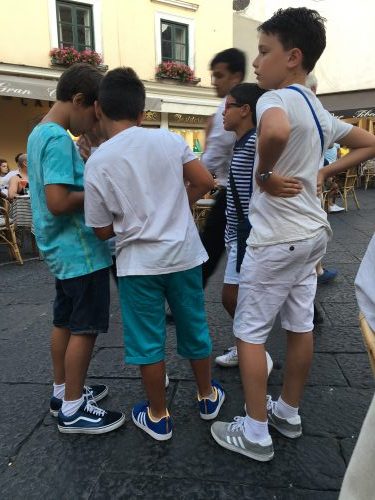 At 8PM the festivities began. Four sailors, in their Navy whites and black patent leather shoes, rocked the night away, tapping into their inner Jagger and Hendrix Check This Out.  The piazza was alive with dancing, hooting and clapping and the evening became by far the best Fourth of July  I have had.

And while the locals looked on with bemusement, kids played and dogs wandered between the tables, the church bells sounded on the half hour, adding a Capresi track to the down and dirty music.  And, in that magical moment, I once again sensed the past and the present seamlessly intertwining. 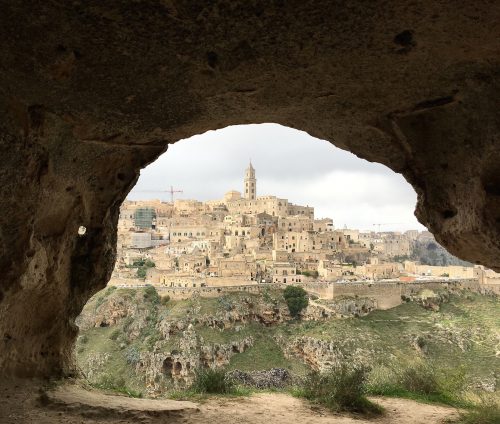 It is a region of Italy that reveals itself slowly but not grudgingly.  Puglia and Basilicata are hardscrabble neighbors, sandwiched between two seas, anchored in sandstone and limestone, used and abused as a gateway to and from other lands.

Perhaps it is because they have needed to keep a low profile, to concentrate on keeping body and soul together, that they have eschewed the snobbery, the flash, the pretension, even, of other more northerly regions.  And, because necessity is the mother of invention, these life-hardened agriculturalists have developed cultural life ways that make them special: their cooking, their architecture, their desire for privacy reflect centuries of making life work.

Today, this region of Italy is on the cusp of becoming the darling of travelers who bemoan the trafficked towns and country roads of Tuscany.  "This is the new Tuscany, " they say, but they are wrong. This is not Tuscany at all.  This is something - a place and a people - that is completely different.